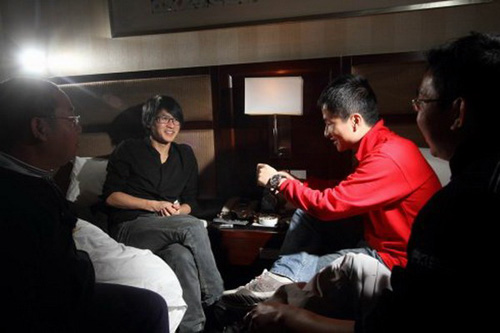 China’s most popular blogger Han Han just published another article on his blog, entitled “Letters from Strangers.” The excerpts are translated by CDT:

Many people who have suffered injustice treat me as the media. Among the articles and letters the magazine and I have received every day, many are hoping I can get justice for them by writing about their experiences, so the media will pay attention to their stories. I have carefully read every letter, but I am very helpless. These things are a heavy burden on your families, but for the news media, which has lost its news value, I believe that even if I write it for you, it won’t get that much attention from the traditional media.

For one problem to be resolved, it often needs the help of many traditional media. Eventually the leader will show up and pretend to be thinking for the people, taking the people’s urgent matter as his own emergency.

Most of the letters [I have received] are about so-and-so housing project in which the quality of apartments is very poor, or there is a trash station or power station next to it; many of the letters are about forced demolitions. If you experienced a demolition, that’s not news. That’s life. If you did not burn yourself into ashes, if you can still receive and send mail, and all your family members are still alive, that’s the definition of a happy life. You ought to thank the State for it.

The worst story in those letters is from a friend who lives outside of Shanghai. All attached documents were very complete. The content was about the family’s home undergoing a forced demolition, during which some members of his family were injured. Most of his family’s residences were deemed illegal buildings. They went to Beijing to petition, and their petition materials were sent to the province, and the province sent their petition to the city, and the city sent it to the county, and the county sent it back to the village. From then on, whenever there are important national holidays, the whole family lives under in-home surveillance by local security forces, who prevent them from disturbing the harmonious atmosphere. Finally they brought their case to court, and the court even took the case.

Oh My Heaven! The court even took the case. Isn’t the court a service agency for the government? How could it take this case? I could not wait to turn the page [of the letter].

In the next page [of the letter], the court even delivered a verdict right away. The verdict was that the government was supposed to compensate 200,000 RMB to the victim, but in this case, now the government only needs to pay 100,000 RMB compensation.

Another important reason that I cannot publicize all the letters I have received is because I have not checked them. But I personally do not have the capacity to fact-check them. Nevertheless, I believe that most, possibly even all, of those stories are true; at most some of those authors include more stuff in their favor, but that won’t change the story in general, and the assholes are definitely on the other side.

Of course, these people do not really hope that I could bring daylight to them; they are only trying every way they can think of. Of course, those who are in the deepest suffering may not even be able to petition for themselves. For those who are petitioning for their suffering, they have never found a way to do so. Once they were petitioning to the cadres, then they discovered that no one else was abusing them but cadres. Then they petitioned to the organizations, but they discovered that the organization is composed of cadres large and small. Then they went to the Petition Letter Office to get themselves registered, which makes it convenient for police to monitor their activities. Finally they went to court, and paid the legal fee. On this zigzag road, everywhere they go they meet the enemy’s soldiers.

While his blog posts are frequently “harmonized,” Han Han remains a media darling, even for the official media. The China News Agency recently published a celebrity interview with him, excerpts translated by CDT: 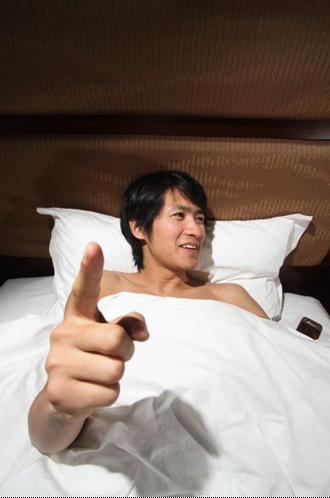 Q; How many girlfriends do you have at one time?
A: Five

Q: Did you withdraw or were you expelled from your high school?
A; I withdrew as soon as I found out that I was about to be expelled.

Q: Are you Shanghainese or from Zhejiang province?
A: I am from Jinshan County, Shanghai. The key here is I am a country bumpkin.

Q: What is your mother tongue?
A: Mandarin and Jinshan dialect.

Q: Where was your first time, on the bed or on the couch?
A: On the dirt on a straw mat.

Q: Do you think pilot is important?
A: Yes.

Q: Were you nervous when racing with Schumacher?
A: No.

Q: How many of your blog posts have been harmonized?
A: On average, one article per month, like a woman’s period.

The following youtube video is a latest interview with Han Han, from TVBS of Taiwan:

UPDATE: The Southern Metropolis News has also recently put Han Han’s large picture on their paper, in the context of reporting The 2010 TIME 100 Poll Candidates (Shortlist of 200): 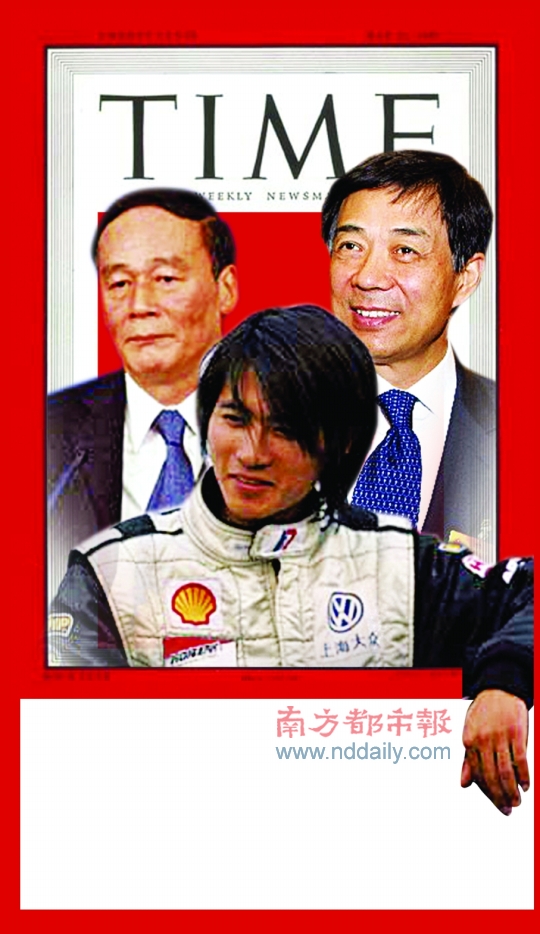