Cartoons: Article 73 in an Iron House

As the National People’s Congress prepares to vote on revisions to the Criminal Procedure Law, cartoonists in China are airing their feelings on the proposals. Most criticisms focus on Article 73, which enshrines the right of law enforcement to carry out secret detentions and disappearances of political suspects. For his latest contribution to his CDT series, Crazy Crab of Hexie Farm broached the subject with a sharp commentary on the law and CCP propaganda. Below are two more cartoons recently passed around on Chinese sites and microblogs: 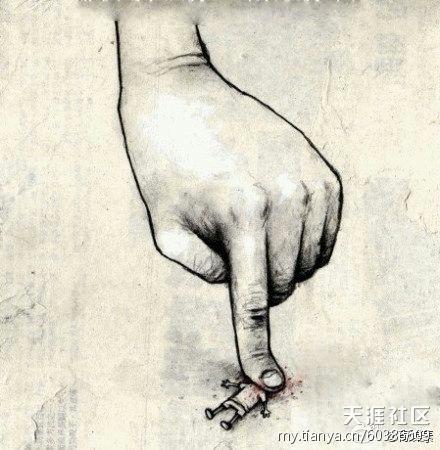 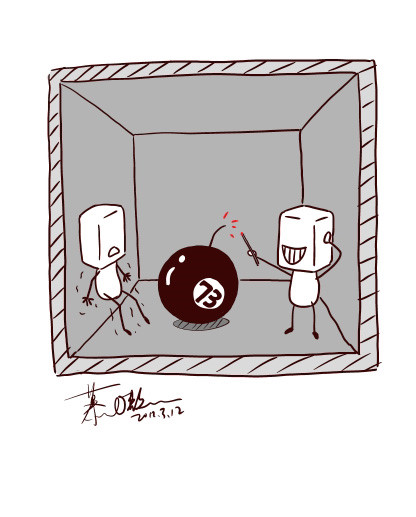 Caption: 都在一个铁房子里，何必玩那么嗨呢。 “We are all living in the same iron house, why play this game to such a high level?” (Source: via CDT Chinese)

This caption refers to a statement by Lu Xun, China’s most famous writer, who once said:

“Imagine an iron house without windows, absolutely indestructible, with many people fast asleep inside who will soon die of suffocation. But you know since they will die in their sleep, they will not feel the pain of death. Now if you cry aloud to wake a few of the lighter sleepers, making those unfortunate few suffer the agony of irrevocable death, do you think you are doing them a good turn?”

“But if a few awake, you can’t say there is no hope of destroying the iron house.”

Article 73 is pictured as a bomb. “The game” refers to repression and secret detentions, which have been carried out to such an extent that lawmakers feel the need for a law such as Article 73.