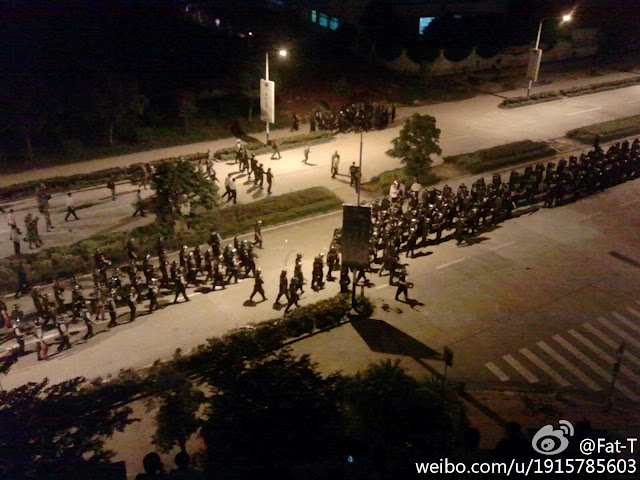 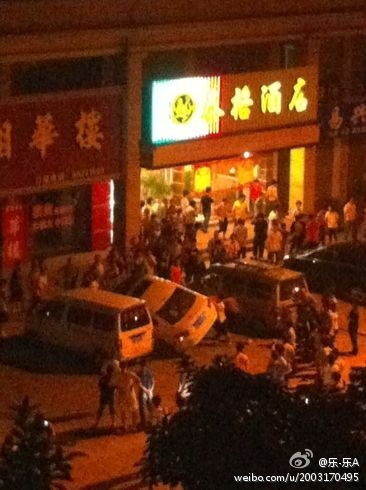 Chaos is mounting in the ongoing labor riot that began on Monday in the town of Shaxi in Zhongshan City, Guangdong Province.

On Tuesday, thousands of migrant workers swarmed into Shaxi from Guangzhou, Foshan, Jiangmen and other neighboring cities, overwhelming the local police force. Rioters are wrecking every motor vehicle they see, stopping moving cars in order to batter them. Police cars, privately owned cars and bus stops have all been destroyed. A number of shops have been broken into as well. The Zhongshan Fuhua Station was set on fire and burned for close to 24 hours. The Shaxi town hall has also been ruined.

At first the rioters allowed ambulances in to bring food and water to armed police and others. After 5 p.m. no cars were allowed in and protesters began overturning cars. At least five ambulances have been torn apart.

It is reported that several protesters have died and over 100 have been injured, mostly workers. More than 100 people hve been arrested.

The Sichuan Public Security Head has dispatched a group of six to Zhongshan to help manage the situation.

The latest news is that armed police from Guangzhou, Zhuhai and Foshan have been sent to Shaxi to clear the streets on the morning of June 27. The People’s Liberation Army is also at the ready to “suppress the rebellion” at any time. 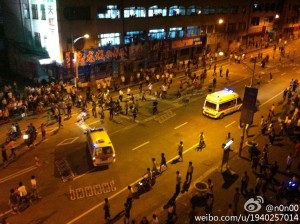 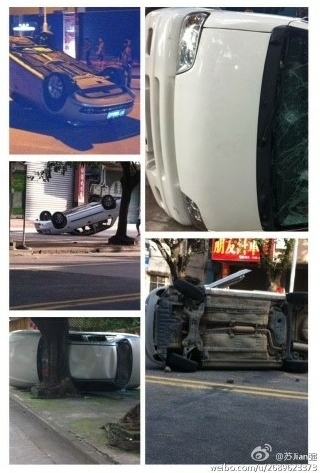 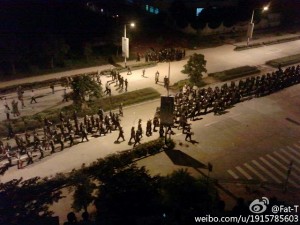 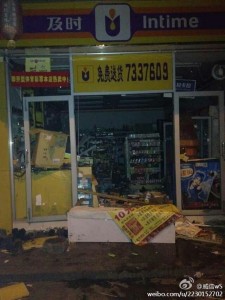 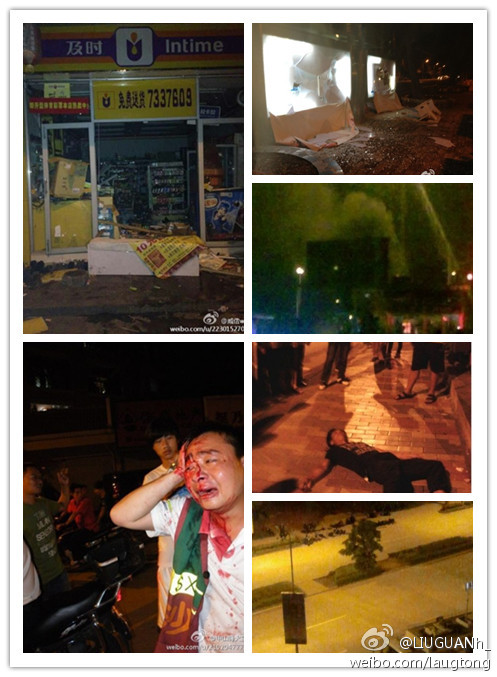 AFP also reports on the incident:

Police stepped in to break up fighting between the workers largely from Sichuan province and the locals in Shaxi township in Guangdong province Monday night, the Information Centre For Human Rights and Democracy said.
At least 30 people were injured and two police cars were smashed during the rioting that erupted as police descended onto the scene, the centre said.

Guangdong, located next to Hong Kong and known as the “world’s factory floor,” has employed tens of millions of migrant workers in recent decades, a pool of cheap labour that has driven China’s export-oriented economy.

“There were lots of riot police outside last night, and there are still many outside now. I can tell you more than 30 people were injured.”