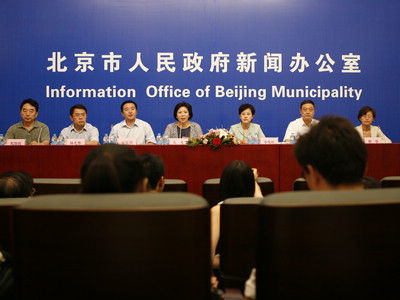 As of July 26, the following search terms are blocked on Weibo (not including the “search for user” function):
•    mayor (市长)
•    briefing (通报): A Beijing spokesperson announced the new official death toll, revised up to 77.
•    death toll (死亡人数)
•    Fangshan + death (房山+死亡): The Fangshan district is one of the most severely hit by the flood.
•    Beijing + death (北京+死亡)
•    Beijing + Ji Lin (北京+吉林): Refers to Ji Lin, one of Beijing’s vice mayors, who resigned yesterday along with Mayor Guo Jinlong.
•    secretary + resign (书记+辞职)
•    secretary + leave class (书记+下课): Refers to leaving office.
•    Li Shixiang (李士祥): Another vice mayor.
•    Anshun (安顺): Wang Anshun has taken over as acting mayor.
•    Jinlong (金龙): Guo Jinlong
•    Zhang Gaoli (张高丽): Party Committee Secretary of Tianjin, accused by netizens of covering up the cause of the Tianjin mall fire in June. Many have been comparing Zhang to Guo over the past few days.