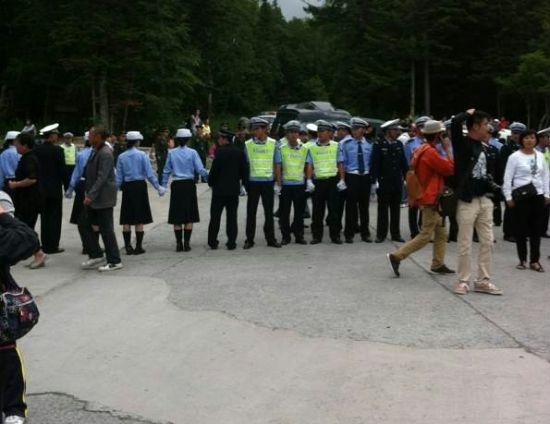 Police block the road up Mount Baekdu on July 15.

As of July 17, the following search terms are blocked on Weibo (not including the “search for user” function):

Fury on Mount Baekdu: Visitors were barred from ascending the mountain on July 15 while Beijing Party Committee Secretary Liu Qi toured scenic Heaven Lake at the top. Stranded tourists blocked the road down the mountain, demanding an apology and a refund. They got their money back, but nothing else.