Word of the Week: Rabble 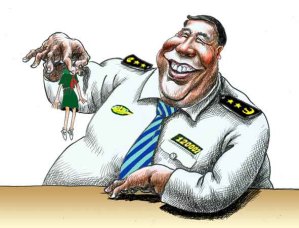 The term comes from a 2008 incident involving Lin Jiaxiang, former Party Secretary of the Shenzhen Maritime Administration, who was caught on surveillance camera harassing an eleven-year-old girl. (He had asked her where the bathroom was, then cornered her after she showed him the way.) After the young girl escaped, the girl’s parents confronted Lin. Angrily pointing at the girl’s father, Lin shouted:

“You people are worth less than a fart to me” was picked up by netizens and morphed into the term “fart people.”

While the term can be used as an insult, it has also been proudly adopted by netizens as a label for themselves (see this blog post in Chinese titled “I’m a Fart Person; Who Am I Afraid Of!”). When discussing the relationship between the political elite and the masses, netizens often use the phrase “fart people” to designate the masses, suggesting just how much officials esteem ordinary citizens. Netizens have remarked that “without the ability to vote, we matter less than a fart” (没有选票, 我们就是个P!).

Tags :Lin Jiaxiang,Shenzhen,word of the week