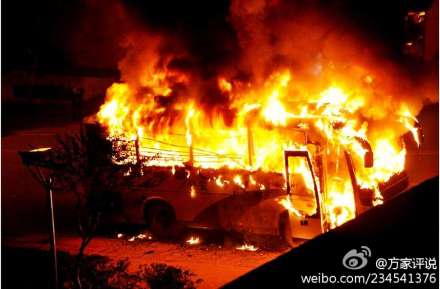 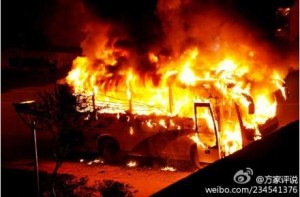 A vehicle burning in Luzhou, Sichuan.

Correction: “Sibada” is the Chinese for “Sparta.”

As of October 19, the following search terms are blocked on Sina Weibo (not including the “search for user” function):

Rioting in Luzhou, Sichuan Province: Crowds jammed the streets and overturned police vehicles after a truck was reportedly beaten to death by police.

Liao Yiwu: In his acceptance speech for the German Book Trade Peace Prize, the writer in exile stated of China that “this empire must break apart.”