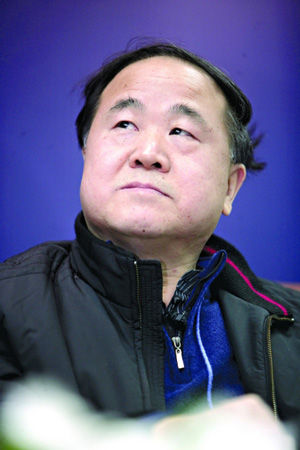 The following example of censorship instructions, issued to the media and/or Internet companies by various central (and sometimes local) government authorities, has been leaked and distributed online. Chinese journalists and bloggers often refer to those instructions as “Directives from the Ministry of Truth.” CDT has collected the selections we translate here from a variety of sources and has checked them against official Chinese media reports to confirm their implementation.
Since directives are sometimes communicated orally to journalists and editors, who then leak them online, the wording published here may not be exact. The original publication date is noted after the directives; the date given may indicate when the directive was leaked, rather than when it was issued. CDT does its utmost to verify dates and wording, but also takes precautions to protect the source.

Central Propaganda Department: Fully grasp guidance with regards to Mo Yan winning the Nobel prize in literature. Report mainly on his literary accomplishments. Do not compare him to other prize-winners. Avoid politicizing the discussion. (November 6, 2012)

When Gao Xingjian won the Nobel Prize in literature in 2000, he had already lived in exile in France for a number of years. (Gao became a French citizen in 1997; China does not recognize dual citizenship.) Neither he nor 2010 Peace Prize winner Liu Xiaobo have been acknowledged by the Chinese government for their awards. Mo Yan’s is the first prize won by a Chinese person which the Chinese authorities have publicly praised.