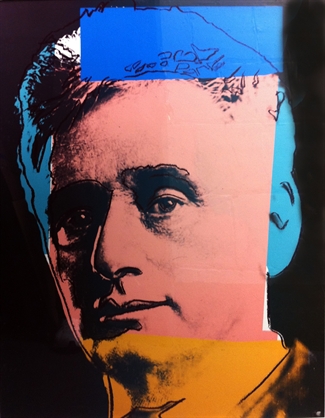 Shi Shusi, director of the editorial board for the Worker’s Daily weekly magazine, piqued his Weibo followers on November 24 with this post: The quotation comes from Brandeis’ famous defense of freedom of speech in the 1927 case of Whitney v. California. California had convicted Anita Whitney under the Criminal Syndicalism Act in 1919 for her role in establishing the state’s Communist Labor Party, which it alleged encouraged the overthrow of the government. The case went before the Supreme Court for possible violation of due process and equal protection under the Fourteenth Amendment. Although the court unanimously agreed that California had not violated the amendment, Brandeis spoke out against the presumption of guilt for association with an organization that it merely alleged taught violence. The quotation is part of a larger argument in favor of any speech which does not pose “clear and imminent danger.”

Brandeis’ words as no less powerful out of context. Many readers find Brandeis, and in turn Shi, inspiring. Others scoff at seeing this quotation from journalist for one of China’s oldest government mouthpieces. From CDT Chinese:

PoliticalCommissarq: Mr. Shi’s citation is quite right. I hope the government can design a channel for people to vent their anger.

VMicroViewpoints: I guess this theory doesn’t hold in countries like North Korea and West Korea?

argence: Don’t they understand these principles? The only thing they demand is that the current government maintain stability for the time being.

liqiao68: Gradually getting used to servility and repression, that’s what to be feared.

BeiYesUtopia: Everything that ought to be said has been said, we just refuse to believe it!

Silver1502: Not every government has this concern.

Qiaochuba: Discontent is spreading among the people. The consequence will be serious. We don’t even know who to turn to if we have differing opinions. @XinhuaViewpoint @PeoplesDaily

BearTailang 1115: My mom basically doesn’t eat or drink anything she hasn’t tasted before. In other words, she firmly resists unfamiliar lifestyles and ways of thinking. She essentially has no understanding of freedom or democracy; her independent thinking is almost at zero; Xinwen Lianbo is the truth of the world. There are billions of submissive people like her. Changing their mindset is not something that can be done overnight.

MidnightWanderingGod: The Corruption Party practices authoritarianism on others but liberalism on themselves!

Jiashidao: This is the opinion of every patriot. Too bad that those thugs and bandits don’t think this way. They want to dredge for money, power, and sexy ladies. Those who are somewhat better will at least think about their offspring. The funny part is that these hypocrites lecture to you about patriotism! Jeez, you’ve all become America’s dependents!

Note: Many naked officials move their families and assets to the United States. Back.