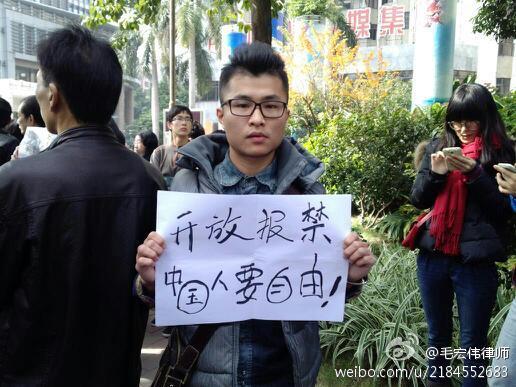 Central Propaganda Department: Urgent Notice Concerning the Southern Weekly New Year’s Message Publication Incident: Responsible Party committees and media at all levels must be clear on three points related to this matter: (1) Party control of the media is an unwavering basic principle; (2) This mishap at Southern Weekly has nothing to do with Guangdong Propaganda Department Head Tuo Zhen; (3) External hostile forces are involved in the development of the situation. Every responsible work unit must demand that its department’s editors, reporters, and staff discontinue voicing their support for Southern Weekly online. Starting tomorrow, media and websites in all locales must prominently republish the Global Times editorial “Southern Weekly’s ‘Message to Readers’ Is Food for Thought Indeed.” (January 7, 2013)