For his latest contribution to the Hexie Farm CDT series, cartoonist Crazy Crab comments on President Xi Jinping’s stated commitment to rooting out corruption, while also targeting activists who call for the declaration of officials’ assets as a means to achieve that goal. Here Xi is depicted as a rotten tree (with corruption at the root), with a Pinocchio-style nose declaring his stated political goals. Yet when a protester approaches calling on officials to declare their assets, he or she falls into a trap.

The Rotten Tree, by Crazy Crab of Hexie Farm for CDT: 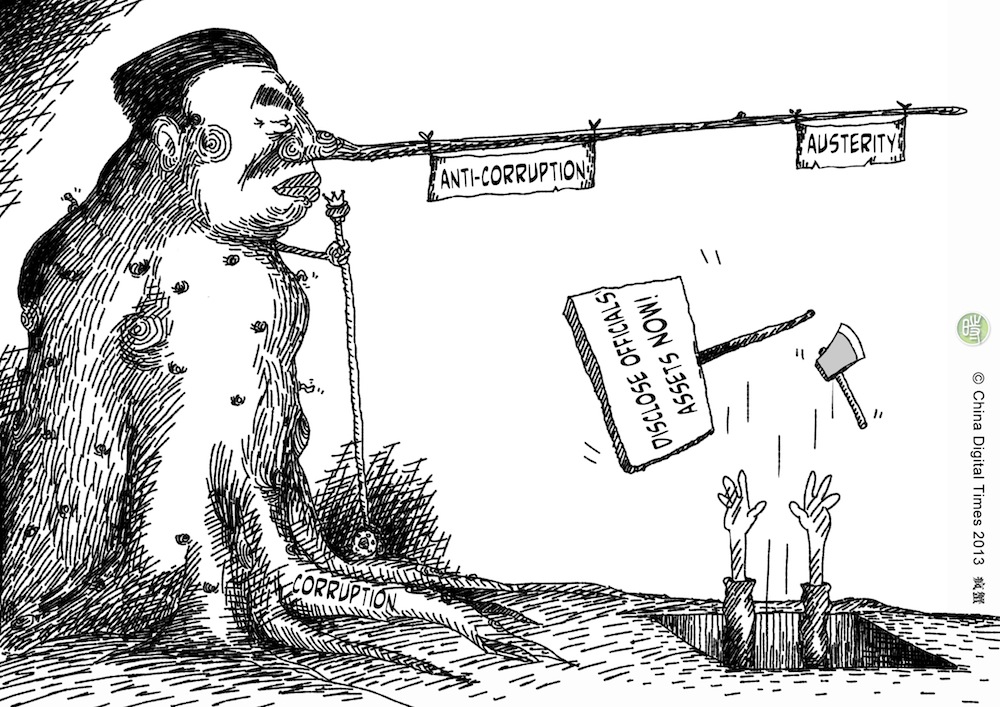