For his latest contribution to the Hexie Farm CDT series, cartoonist Crazy Crab depicts China as a dragon, ailing in a hospital. Three doctors hover around, giving advice, which echoes a line from President Xi Jinping: “We should have firm confidence in our path, in our theories and in our system.” Xi has used these “three confidences” in promoting his administration’s slogans of “The Chinese Dream.” The doctors’ long noses represent their Pinnochio-like honesty.

The Chinese Patient, by Crazy Crab of Hexie Farm for CDT: 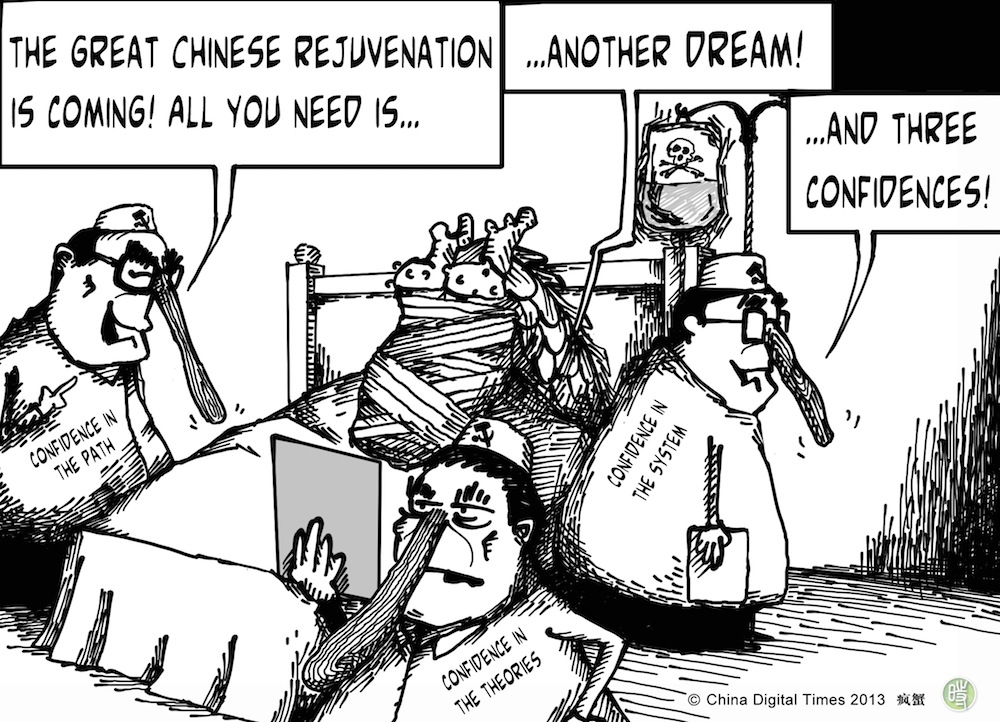