Warning: Some of the images shown below are graphic.

State Council Information Office: All websites are asked to remove from their homepages the story of the melon grower beaten to death by chengguan in Linwu County, Chenzhou City, Hunan Province. Do not make special topic pages, and do not post video or images. Delete any such previous posts. (July 18, 2013)

Deng Zhengjia, a watermelon seller, was beaten to death by city management officials (chengguan) on Wednesday. Locals protected his body from being taken by authorities, leading to clashes with the police. Keywords related to the incident are among the top ten Weibo topics: “Linwu” (临武) is fourth, followed by “melon grower Deng Zhengjia’s daughter” (瓜农邓正加女儿) and “chengguan beat melon grower to death” (城管打死瓜农). A Weibo discussion page about the incident is still accessible as of posting.

Chengguan, who operate separately from the police, are notorious for their violent treatment of street vendors. 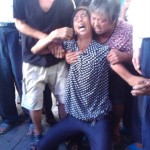 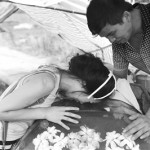 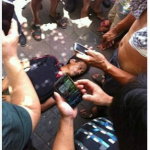 Deng Zhengjia was beaten to death by chengguan on Wednesday. (Weibo) 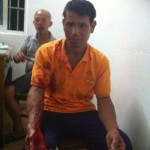 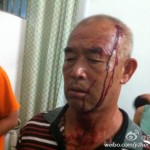 A man injured in clashes with police. (Weibo) 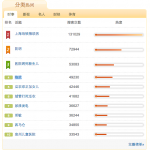 Keywords on Deng’s murder are among the top ten Weibo topics as of posting. (Weibo)