In China, Avoiding The Internet Censors 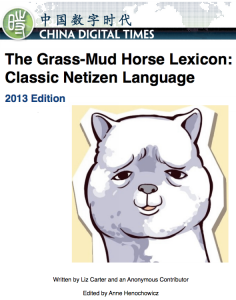 CDT’s Xiao Qiang was interviewed on National Public Radio’s All Things Considered on Saturday about the coded language Chinese netizens use to evade Internet censorship:

LYDEN: So let’s start with the sense of what this massive Internet usage is like in China. What if I want to go to, say, a forbidden site – not just having my books delivered by Amazon but maybe books people don’t want me reading – how much of the Internet is available that way?

QIANG: We often hear the name Great Firewall. If we want to be more precise, this term particularly refer to blocking websites from outside of China at a national gateway level. Inside of Chinese Internet, there’s whole different layers of the censorship by a top unit called propaganda department. Inside of China, that’s where the most actually dynamic content is being generated and sometimes even about political system and political reform itself. It has gone way beyond of just political activists. It’s a common discussion.

Despite all the control and monitoring of the government, there’s a fundamental desire of the people who simply want to express themselves. And if they cannot speak directly, they will speak in alternative ways. [Source]