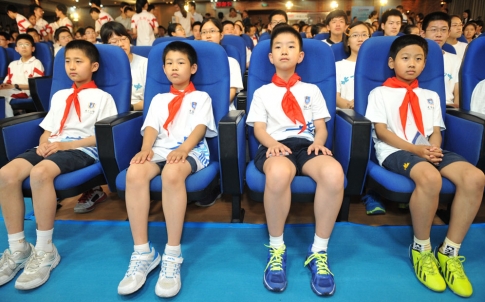 Recent guidelines at Chunhui High School in Wenzhou drew national attention for their warnings against close interaction between classmates of both the opposite sex and the same sex, calling them “severe disciplinary violations”.

[…] A Hangzhou secondary school has banned boys and girls from appearing on campus as a pair, and they must maintain a distance from each other of at least 50cm.

[…] Professor Chu Zhaohui, a researcher at the National Institute of Education Sciences, said most of today’s school administrators lacked insight into what was appropriate for today’s schools because the schools of their days were in the grips of the Cultural Revolution, which ended in 1976.

“Most schools then were in a messy state,” Chu said. [Source]

See more on education via CDT.