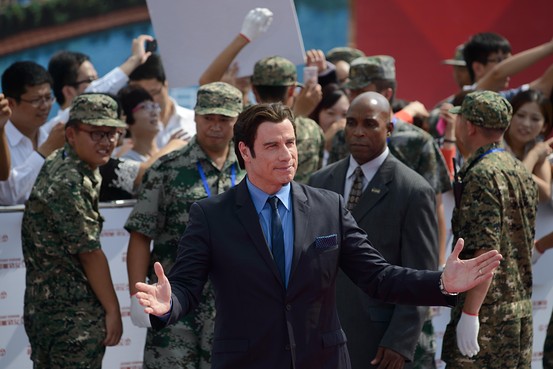 Wang’s Dalian Wanda Group, which attracted international headlines last year with the purchase of AMC movie theater chain in the U.S for $2.6 billion, announced plans today to invest 50 billion yuan, or $8.3 billion, in a film and television production complex called the Qingdao Oriental Movie Metropolis. The cost makes the project the largest investment of project of its kind, Wanda said.

The Qingdao Oriental Movie Metropolis will boast an area that covers 3.7 million square meters, and include a film and television industrial park, a film museum, a celebrity wax museum, a film exhibition center, an extreme car show, a tourism city, resort hotels, a yacht club, a seaside bar street, an international hospital and a global IMAX research center. The complex is expected to be “operational” in 2017, Wanda said. About 60% of the planned investment will be spent on entertainment, cultural and tourism business; the remainder will go toward real estate projects, Wanda said. [Source]

Mr. Wang is becoming an important figure in the Chinese government’s quest to create a friendlier image overseas. China has been cheering on the rise of homegrown studios big enough to take on the likes of Sony Corp.’s Sony Pictures Entertainment or Time Warner Inc.’s Warner Bros., and savvy enough to produce films that will have international appeal and spread the country’s charm abroad in the way Hollywood has done for the U.S.

[…] To court Hollywood decision makers and create more brand recognition for his company, Mr. Wang has made a $20 million donation to the Academy of Motion Picture Arts and Sciences for the academy’s new film museum in Los Angeles, a spokeswoman for Wanda said. The film-history gallery will be called the Wanda Gallery when it opens in 2017.

[…] Mr. Wang said it would be years before China can catch up with Hollywood. Still, he said, “I strongly believe that China will be the center of the global film industry.” [Source]

In a separate post at China Real Time, Burkitt noted that the foreign stars in attendance seemed unperturbed by what director Feng Xiaogang recently called the “great torment” faced by filmmakers in China:

“I think this relationship potential is the best there could be for the movie industry,” actor John Travolta said. “This is the healthiest thing that could happen. It infuses life and finance into an industry that needs boosting.”

When asked by The Wall Street Journal how she would handle censorship while filming in China, actress Kate Beckinsale said, “I’m not personally going to deal with it.”

[…] Mr. Wang seemed unfazed by the challenge of creating movies amid the censorship.

“I’m not the director, but I think people are able to film what they want to film these days,” Mr. Wang told The Wall Street Journal. [Source]