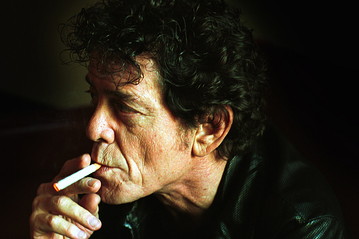 At China Real Time, Chuin-Wei Yap notes trending tributes on Sina Weibo to rock musician Lou Reed, who died on Sunday at the age of 71.

The appeal in China of “Lao Li” – or “Old Li” in an affectionate abbreviation of Mr. Reed’s phonetically-transcribed full Chinese name Lu Lide – comes from a recognition of the breadth of his achievements both in music and on modern culture. Some bloggers flecked, in veiled references, to Mr. Reed’s historical role in overthrowing communism: “(Vaclav) Havel’s idol; Andy Warhol’s comrade-in-arms; an influence on Joy Division, U2, Nirvana and others, the father of pioneering rock music,” one called Left Little Ancestral Curse wrote. Mr. Havel cited Mr. Reed as an inspiration in the anti-communist revolution in eastern Europe in the 1990s.

Others pointed to the popular 1996 movie Trainspotting, which featured Reed’s classic “Perfect Day.” But some bloggers noted a more direct connection to Chinese culture as well. Mr. Reed was apparently a practitioner of the Chinese martial art taichi, and some Chinese this week posted photos of him practicing the art during a visit he made to China’s central province of Henan in 2007. [Source]