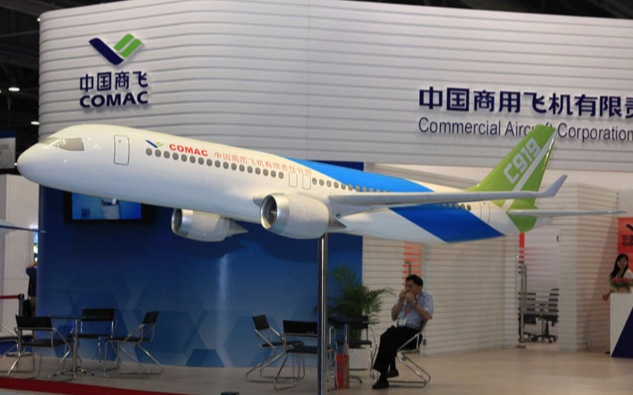 Reuters reports that China’s largest domestically produced aircraft, expected to challenge Boeing and Airbus for supremacy in the single-aisle category, may not enter service until the next decade:

The Comac C919, which will compete with the Airbus A320 and Boeing 737 family of aircraft, was scheduled for its first flight next year, but that has now been delayed until 2015, which pushes the first delivery to around 2017 or 2018, local media have reported.

Officials from The Commercial Aircraft Corp of China Ltd (Comac) told Reuters there was a new timeline, but declined to give details. Sources from the state-owned firm and its Western suppliers of systems said the Chinese company is still getting to grips with the complex project.

China is keen to develop a successful commercial aircraft to prove it can match the United States and Europe, and to help transform its economy into one that has high-tech industries such as aerospace. But it has been held back by inexperience, a shortage of local aerospace design and engineering talent, and a lack of home-grown companies with the technology to help drive the project. [Source]

China Focus Comes at a Cost for Germany