The Coveted Government Jobs No One in China Wants 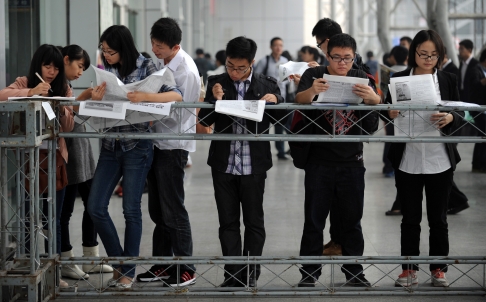 With China’s enormous pool of college graduates set to keep growing, many young and educated Chinese are facing bleak job prospects. The job security and prestige that come with work in civil service have led interest in the public sector to surge in recent years, and some have resorted to dishonesty to make their applications shine over the fierce competition. Despite the benefits that come with government work, certain posts are proving to be far from attractive in the wake of recent scandals and an ongoing crackdown on corruption in China’s public sector. The South China Morning Post reports:

A list of unclaimed positions by an education consultancy revealed how recent scandals have made some career opportunities just too risky to be worthwhile.

Of the 19,538 job openings listed, 204 had not drawn any applicants by Wednesday afternoon, according to Zhonggong Yijiao, a job-training chain consultancy which prepares applicants for workplace exams.

[…]Many of the jobs that drew no candidates were related to financial oversight or the environment, figures showed.

[…]Not surprisingly, most of the unwanted auditing jobs were with the China State Railway Administration. Four months after a suspended death sentence for former Railways Minister Liu Zhijun concluded an industry-wide anti-graft campaign and led to the downgrading of the ministry into a department, applicants still seem skeptical of job prospects in the field. [Source]