The Great K-Hole of China 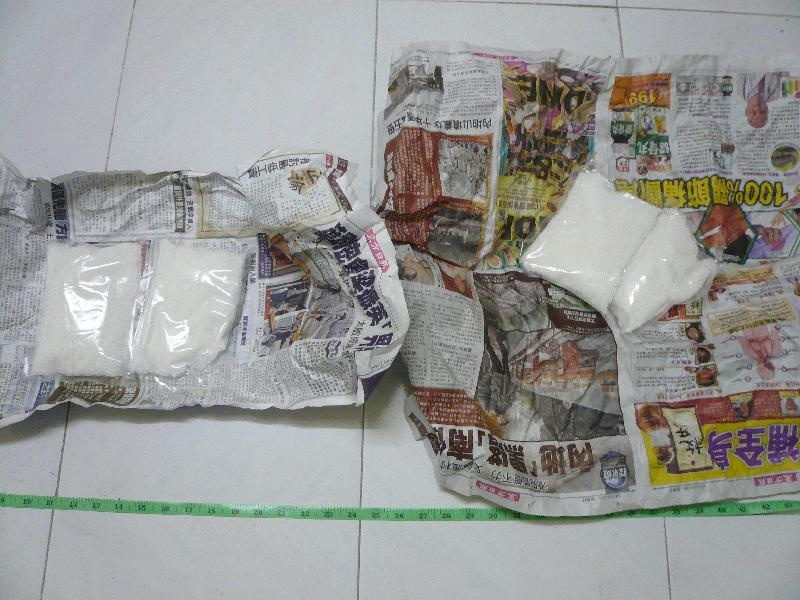 While not yet as popular or widespread as heroin, or as addictive as meth, ketamine use is expanding rapidly in China, especially in the south. Motherboard talks to users, doctors, and police officers about China’s growing drug problem:

Ketamine is the most popular of all recreational drugs taken in South China, which is arguably the epicenter of global ketamine consumption and production. Here, in the heart of China’s longtime manufacturing base, the drug is snorted and swallowed on a level unheard of in the West.

In 2008, the UN observed that ketamine—known in China simply as K or Ｋ仔 (K fen) or king—was “the most abused drug in Hong Kong [and] gaining popularity across southern China,” but due to its legitimate applications, “the true extent of its use is unclear and probably underestimated.” A report in Danwei in 2009 noted that K seizures in Hong Kong were rising at twice the rate of cocaine.

[…] Across the border on the mainland, the K-fen culture can appear wildly out of step with a country known for its societal fear of drugs, doting parental oversight and authoritarian governance. But even as some of those aspects are changing in China—and despite the argument by some Chinese that their country is far too complicated for foreigners to understand—the drug’s runaway success here isn’t very mysterious.

“Compared to methamphetamine and heroin, K is rather cheap,” explains Officer Wang, a senior member of the Public Security Bureau in Dongguan, capital of Guangdong, the gigantic manufacturing province that borders Hong Kong. (Wang is a pseudonym, as police officers are not authorized to speak to the media.) “The general public is unaware of the dangers of K,” he says. “Many believe this drug isn’t addictive, and have the misunderstanding that it’s not harmful to your health.” But, he added, “[K] is capable of… not only harming our social moral fabric but even destroying society altogether.”[Source]

Last month, Time Magazine reported on the growth of synthetic drugs worldwide, many of which are manufactured in China and exported:

Almost 90% of countries surveyed for the 2013 U.N. World Drugs Report attributed synthetic drugs a significant market share. Suburban laboratories around Chinese port cities are the principle source, from where they can be easily shipped to Europe or North America using regular international courier services. These new drugs are specifically created to mimic the effects of illicit street drugs such as cocaine and cannabis while skirting legal prohibitions. The labeling on packages uses a variety of fanciful descriptions — such as “plant food,” “bath salts” or even “potpourri” — and usually includes the token proviso “not for human consumption.” Yet the brand names used (“Benzo Fury,” “The Joker” and “Blaze”), the psychedelic wrapping and their sale alongside drug impedimenta such as glass pipes and bongs leaves no doubt as to their true purpose.

[…] The problem is that “dozens” of laboratories produce these chemicals across China without any meaningful regulation, says Wynbo Shi, senior regulatory-affairs manager for the Hangzhou-based Chemical Inspection & Regulation Service Ltd., an independent consultancy firm. According to Shi, firms in China intending to sell cosmetics or drugs need to get a license to do so. However, “after you have got a license there’s no enforcement or inspection,” he explains, adding that many companies exploit a loophole by telling the Ministry of Environmental Protection (MEP) that they are manufacturing pharmaceuticals, while simultaneously informing the China Food and Drug Administration that they are making research chemicals. “There is no collaboration between those authorities and no inspection enforcement, so companies in China can manufacture these chemicals without any regulatory challenges,” Shi says. [Source]