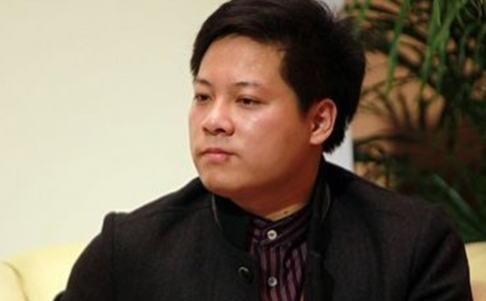 Caijing deputy editor Luo Changping has been removed from his post and transferred to the magazine’s research institute, South China Morning Post’s Zhang Hong reports. Luo’s work brought about the downfall of Liu Tienan, the corrupt former deputy head of the National Development and Reform Commission and head of the National Energy Administration.

Caijing’s parent company, SEEC Media Group, announced the decision at a meeting yesterday afternoon. “The meeting just announced it as a usual position change and a need of the magazine’s work arrangement,” said one Chinese reporter at the publication, who declined to be named.

[…] The institute does not produce news reports, but mainly conducts research, publishes surveys and studies, and organises events for the Beijing-based magazine. Caijing is an influential business and finance magazine, with a circulation of 225,000 per issue, according to its website.

Last December, the 32-year-old Luo exposed on his Weibo account that Liu Tiannan [sic], then the deputy minister of the National Development and Reform Commission, had taken bribes, faked his master’s degree and had extramarital affairs. Luo’s charges eventually led to the sacking of Liu in May. [Source]

Other journalists targeting high-ranking officials have since been detained, including Liu Hu, who was formally arrested in September. But in a recent profile at CNN, Luo reported that he had not been deterred by the fallout from his own work:

At first, he wasn’t afraid. “Many (journalists in China) are worried about their safety, that’s understandable. But for me, I didn’t think the danger was fatal. Reporters in China won’t be killed, but they sometimes do suffer from bigger threats.”

But Luo said he became worried when his reporting attracted the attention of the official Liu, who, Luo says, started a search into his family background.

“I’m not afraid of myself being in danger, but I am concerned about my family.”

[…] Corruption is still the main focus of Luo’s reporting, and he hopes others will be inspired to take up the cause.

“We are in shortage of people who are willing and passionate about investigative pieces. I hope we can have more people get into this field,” he said [Source]