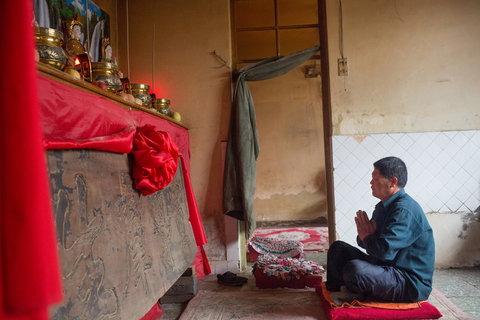 In a follow-up to a recent New York Times article at Sinosphere, Ian Johnson notes the role of traditional religious devotion in fueling resistance to urbanization:

In a recent story, I reported on how villagers forced to move into the new town of Huaming resisted until their water mains were cut and their children’s schools demolished. But not all farmers have left. Some are holding out and, perhaps surprisingly, it’s not for higher compensation. Often it’s for intangibles, such as love of their land, or ties to local religions.

Religion in China has had a rough ride over the past century. Most modernizers — Communist and others — have seen religion as a relic of the past, and Chinese religion, especially, as “superstitious,” in contrast to world religions like Christianity or Buddhism, which are considered more acceptable. Traditional Chinese religion is tied intensely to the land, making it hard for believers to give up their old village. It’s not just the memories, but the gods who live there. [Source]