Huang Zhijie, the executive editor of Watching Media and a popular self-media blogger, has resurfaced after disappearing from social media for six months when one of his posts curried enough anonymous threats to himself and his family that he called the police. Huang’s troubles began around the Lunar New Year, when photos of people kowtowing to their elders made the rounds online. He lambasted the New Year’s tradition as “backwards”—and then was bombarded with phone calls and messages from strangers asking for his address. Mandy Zuo first reported on the controversy for the South China Morning Post in February:

Huang made his comments last week as videos of the ritual started circulating online, posting on WeChat and the news platform Toutiao that doing it [sic] one’s parents was a matter of personal choice but to make people do it in groups in public was an “invisible social oppression”.

In response to some popular videos of the ritual as the Chinese national celebrated their new year in the past week, Huang warned in several posts on WeChat and news platform Toutiao that such practice is “bringing history backwards”. [Source]

In a now-censored WeChat post from May 11, Xiao Hui (@小晖) pointed out that Huang had been silent for two months to the day, and defended him as a chronicler of “the lives of ordinary people”:

From reading @YouYouLuMing’s posts about ordinary people, I personally believe that he is a compassionate writer. He writes about society from every angle. For example, with the kowtowing issue, he thinks it doesn’t make sense, so he wrote about that.

Yet it was precisely this issue that kicked the hornet’s nest. @YouYouLuMing received threats from so many people that he had no choice but to call the police. [Chinese]

Then, in early September, Huang announced his return on his WeChat public account, YouYouLuMing (@呦呦鹿鸣). (His account name is the first line of a poem from the Book of Songs.) In his post, translated in full below by CDT, Huang says nothing about why he vanished, but it appears from how worried his family had been that his disappearance was not his idea. It is also clear that in contrast with his critics’ accusations, he has an abiding respect for the power of Chinese tradition—though for him, that power comes not from immortals dwelling in mountains, but from the people who call on those immortals, the people who will do anything to save the ones they love:

It is highly unlikely that this post is even showing up on your feed.

If you are reading this, that means there is a thread that binds us, a connection that is as beautiful as it is good.

I have so much to say, but I don’t know where to begin.

Due to forces beyond my control, for the past six months I have been unable to update @YouYouLuMing or respond to your messages. It’s only today that I’ve been able to log back on, but as the WeChat platform automatically deletes older messages after a certain limit is reached, I’m afraid I’ll never get to read the majority of comments left by readers during my time away.

To me, there’s nothing more unfortunate in the world than this, because hidden in these messages are the feelings, great and small, that move us.

Luckily, I can peer through the cracks and still see a few.

A fan in Gansu Province sent me a message from outside the delivery room: “At 10:20 my child was born, a son, and I only wish that Master Huang could choose a name for him. When he grows up I’ll tell him the origin of his name, and he’ll be able to follow Master Huang’s account and read Master Huang’s essays. With you as his role model, he’ll surely grow up to become a just and honorable man.”

Even though @YouYouLuMing hadn’t been updated for quite some time, he was confident it would still be there when his child was grown.

Another friend left this note: “The other day at work I found myself in a panic thinking about what you are going through. In a moment of carelessness I was injured by something that fell and, well, bled quite a bit…  You could say that the scar is there because of you, and each time I look at it I can’t help but think of what’s happening to you…”

My 70-year-old aunt, who hadn’t been able to see me for a long time and had no idea how I was doing, got so anxious that she decided to brave the wilderness and go up into the mountains to ask the local “immortals” for answers.

She drew three divination slips, and, to her surprise, all three indicated bad luck. Sure enough, worry gave way to fear, which gave way to dread. My aunt hurriedly made an offering, and headed home in a fury.

The very next day, my mom, dad, and the rest of the gang climbed back up the mountain. The first divination they drew was also bad. At that moment, my mother stood in the very spot where the local “immortals” have lived peacefully for over a thousand years, and, in a voice low and full of trepidation, told my life story. It went something like this: “Little Huang, this child… even though he left this place to seek his fortune  and hasn’t been back to pay his respects to the ancestors and spirits, he’s still a good, reliable boy. I know you’ve looked after him since he was young, and truth be told he’s always revered the gods and honored his ancestors, and spends his time doing good deeds. I know the spirits are busy, but I beg you, please don’t forget that he’s a child of this land.  When he faces raging waters, build him a bridge. When he meets with bad luck, turn it to good. We the faithful are grateful for your aid,” and so on. When she was done, she drew another divination slip, on which was written, “The clouds disperse / harmony from this day forth.”

And it was only then that their worries were relieved.

The best psychologist in China had been there all along. 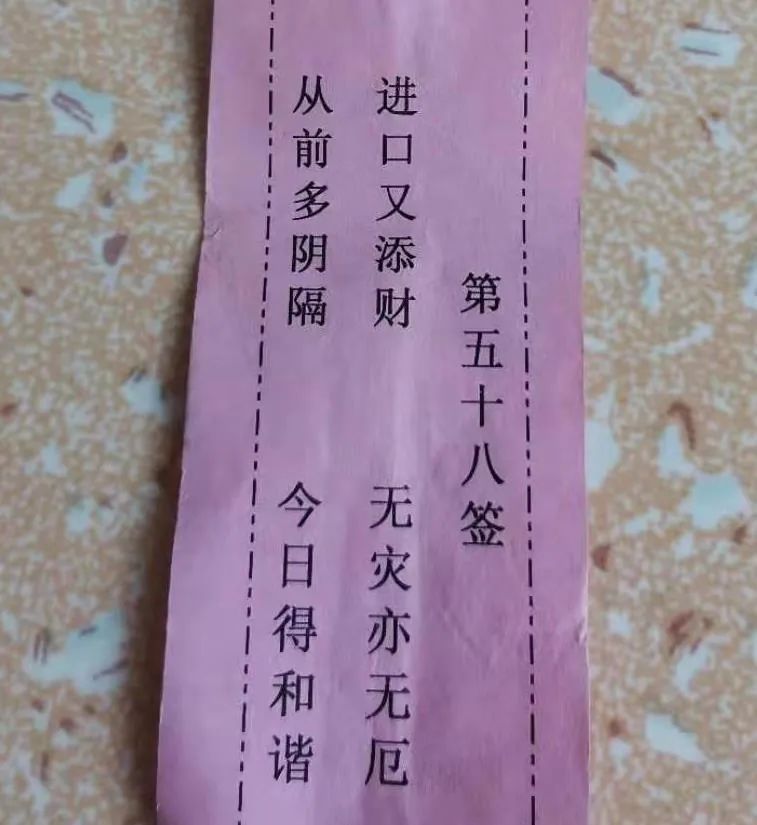 I finally returned to my hometown two days ago. I had been gone for so long, but nothing had changed.

Looking up at the bright, blue sky, I felt once more the scorching autumn sun and the hot air as it rippled languidly through the valley, enveloping me in light…  A thought took form in my mind: “It is as beautiful as it is good.”

You can breathe freely here. At any time, you can feel this wind, this sunshine. Your eyes move from the green of the trees to the white of the clouds, to the grey of the buildings, to the translucence of the water, to the quiet of the mountains, to the buzzing of the insects, connecting the whole… Even though you are silent, even though you are completely alone, it is sublime.

Why is Nature—and all living things—sublime? Because in this space between heaven and earth where we live and strive, immersed in time or simply marking it, there are people who care about one another. 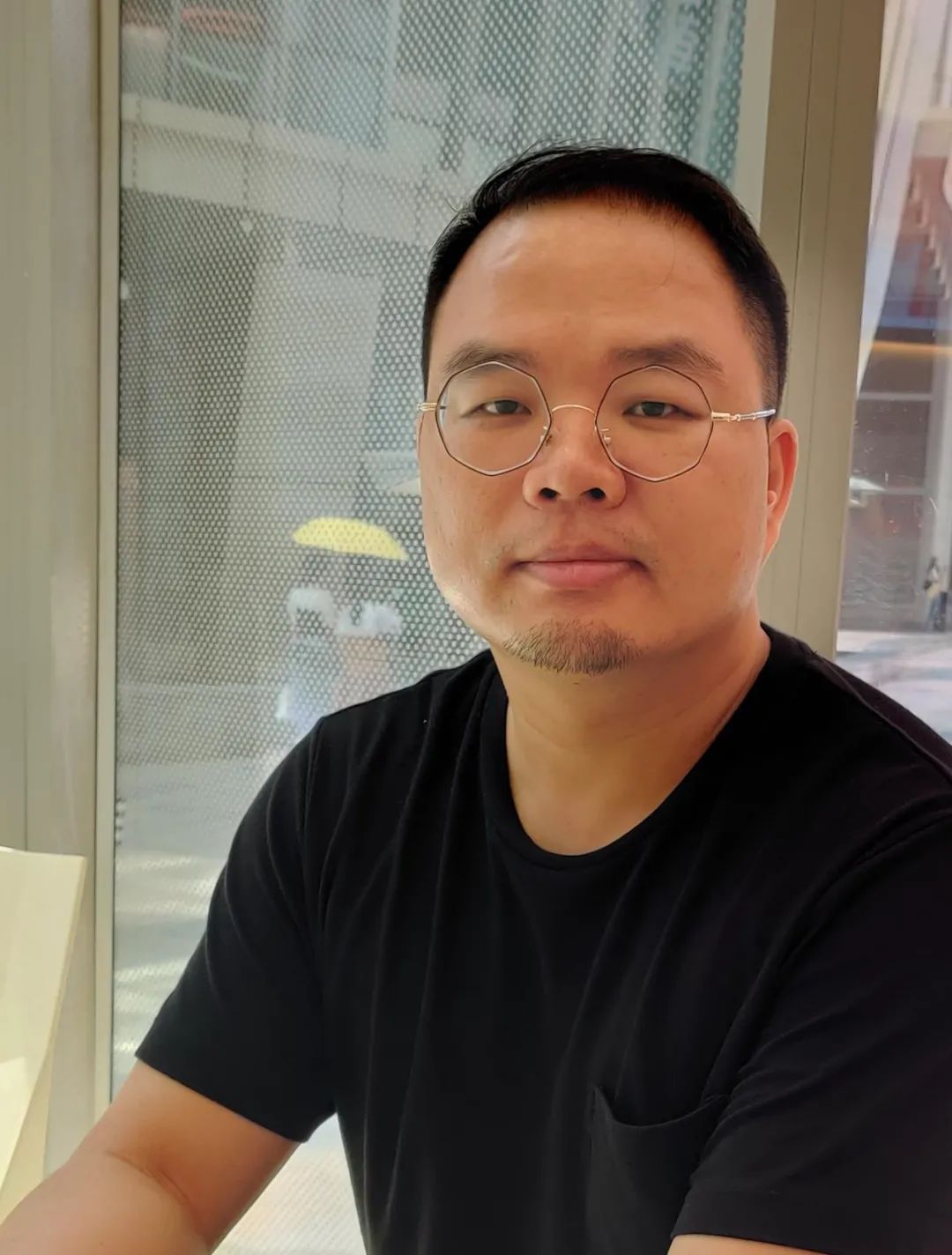 I took this selfie on the road for you. Please don’t worry about me.

To those friends who never received a reply to the messages they left for me over the past six months (and even before), please take heart that your concern for me was not in vain.

I have maintained @YouYouLuMing for over eight years and written over a thousand essays. Though that may seem a gargantuan task, I’m not the one who should be offered thanks. In truth, it’s those friends who quietly cared about me who deserve thanks. It was you—each and every one of you, day after day—who gave me strength and inspiration, who gave me the courage to continue on, and who made me believe that there is such a thing as goodwill among strangers in this world. It was all of you who showed me that the world is “both beautiful and good.”

Tomorrow’s plans are for tomorrow. Today, right now, there is only one thing left for me to say: Thank you, dear readers, and I wish you the very best! [Chinese]