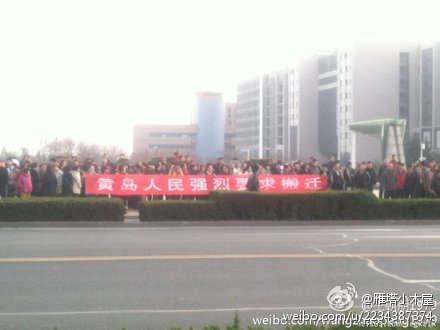 Residents of Qingdao’s Huangdao District, site of the Sinopec oil pipeline explosion last Friday, were spotted protesting in front of the local government, holding banners that call for relocation–it is unclear from the signs whether the protesters want the refinery or themselves to move. The New York Times reports that although a leak in the pipeline was detected at 3 a.m. on Friday, no orders to evacuate were given to residents. The explosion occurred at 10:30 a.m., claiming 55 lives. Nine people have been detained in connection with the explosion, seven of them Sinopec employees.

“The people of Qingdao demand relocation.” 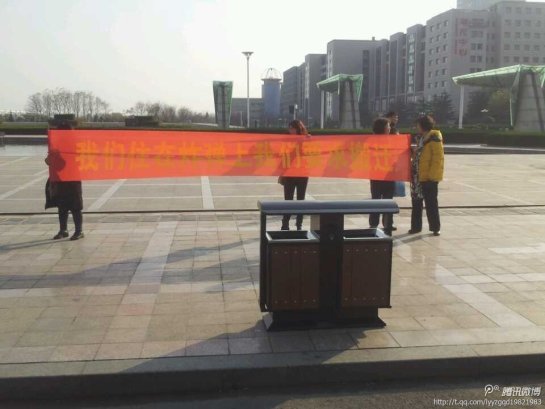 “We live on top of a bomb. We want relocation.” 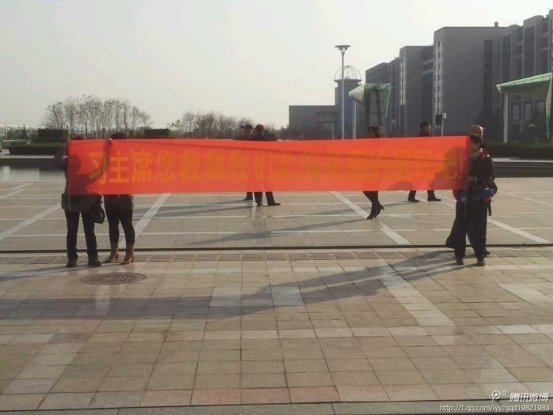 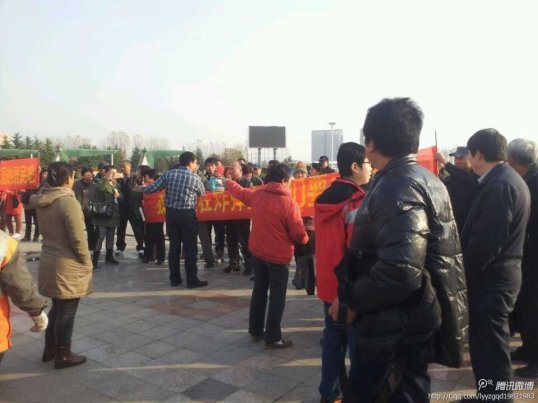 Meanwhile, another Weibo user cracked a joke about Xi Jinping’s visit to Qingdao and ongoing construction on one of the city’s main roads:

@我才是蓉蓉: Qingdaoers Cry at the Sight of This Road: Yesterday Daddy Xi came to Qingdao to offer consolation. When he saw the road torn open and destruction everywhere, he could not help but shed a tear and cry, “it seems that this explosion has brought a serious loss to the masses!” The official accompanying him dropped his voice and said, “Chief, we haven’t gotten to Huangdao yet. This is Chongqing Road…”