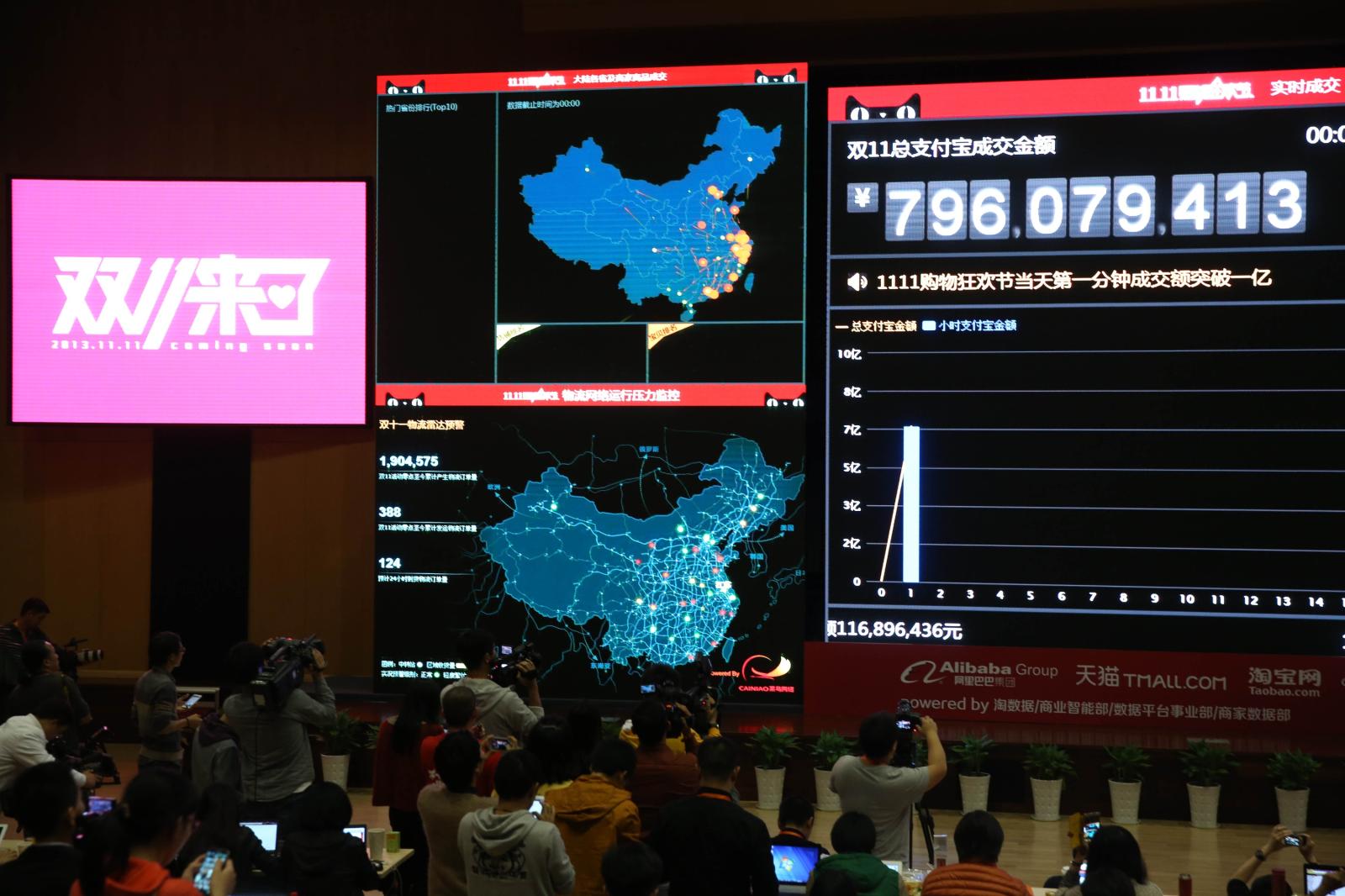 More than 400 million shoppers visited Alibaba on Monday, known as Singles Day in China, and the eCommerce giant set a world record when it processed more than $5.75 billion in online payments. From Shanshan Wang and Eric Pfanner of The New York Times:

China’s one-day shopping craze heralds the frenetic growth of Internet shopping in that country. China is set to overtake the United States this year as the largest online shopping market in the world, according to Forrester Research. Chinese consumers are expected to spend $290 billion at online retail sites this year, compared with $260 billion for their counterparts in the United States.

After moving into a new apartment in this city near Shanghai in August, Yuan Keru, a postgraduate student, and her boyfriend waited several months to buy furnishings for their new home. They splurged Monday.

At midnight, Ms. Yuan logged on to her laptop and clicked on Tmall. She selected a floor lamp, a carpet and some wallpaper. Her boyfriend picked out earphones. Finally, they added a cozy touch: his and hers cotton slippers for the winter.

In all, Ms. Yuan spent 1,500 renminbi, or nearly $250, before calling it a night. That, Ms. Yuan said, represented about half a month’s living costs for her. [Source]

Sarah Mishkin of the Financial Times writes that even as Monday’s shopping binge highlighted Alibaba’s massive scale, research suggests that it may be facing heightened competition:

Online shopping in China still mostly consists of so-called consumer- to-consumer sales, that are akin to shopping on eBay in its early days. This is a market that Alibaba dominates through its Taobao site, which has a 90 per cent market share.

However, in the same way that e-commerce in the west shifted from sales between individuals to sales by companies – so-called business-to-consumer transactions – Chinese online retailers are also in the ascendancy, and competing with Alibaba on discounts. [Source]