China: US Has No Right to Comment on Activists’ Fate 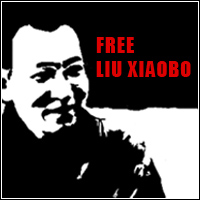 With the fifth anniversary of Liu Xiaobo’s most recent arrest, his wife Liu Xia suffering from depression while under house arrest, and with New Citizens Movement activist Xu Zhiyong’s trial approaching, U.S. Secretary of State John Kerry released a statement on Monday. Kerry’s statement was issued on December 9—the eve of UN Human Rights Day:

Yesterday marked the fifth anniversary of Nobel laureate and writer Liu Xiaobo’s detention. The United States is deeply concerned that Chinese authorities continue to imprison Liu Xiaobo, as well as other activists, such as Xu Zhiyong, for peacefully exercising their universal right to freedom of expression. Equally concerning is the nearly three-year politically motivated house arrest of Liu Xiaobo’s wife, Liu Xia.

We note that the United Nations Working Group on Arbitrary Detention has determined Liu Xiaobo’s ongoing imprisonment and Liu Xia’s house arrest to be in contravention of the Universal Declaration of Human Rights.

We strongly urge Chinese authorities to release Liu Xiaobo, to end Liu Xia’s house arrest, and to guarantee to Liu Xiaobo and his family members all internationally recognized human rights protections and freedoms.

As the United States builds a constructive relationship with China, U.S. leaders will continue to raise concerns related to respect for the rule of law, human rights, religious freedom, and democratic principles with their Chinese counterparts. We continue to believe that respect for international human rights is critical to China’s growth, prosperity, and long-term stability. [Source]

China’s Foreign Ministry quickly issued a statement claiming that only citizens of the PRC have the “right to talk about the country’s human rights.” From Reuters:

“China is a country with rule of law, and all are equal before the law. Nobody can be above the law. Liu Xiaobo and Xu Zhiyong are Chinese citizens who broke the law and have naturally been punished according to Chinese law,” Hong told a daily news briefing.

“What I want to stress is that, China’s 1.3 billion people have the best right to talk about the country’s human rights. We hope that the U.S. side can act in accordance with the broader perspective of bilateral ties and do more to increase mutual trust.” [Source]

An editorial from the Global Times echoes the Foreign Ministry statement, emphasizing the legality of Liu’s detention, and admonishing the West for using human rights as a way to further their own geopolitical interests:

Liu went through a strict legal procedure. This system makes sure a society of 1.3 billion people runs smoothly. It will not make an exception for Liu under the pressure or appeal of the West. The US, in hopes of seeing China’s legal system crashed by the combined force of globalization and the Internet, is labeling extreme views of activists of the country as free speech. But only the Chinese law has the final say as to whether a person has violated its law or not.

A sense of superiority in their political system causes the West’s prejudice against other non-Western political systems. It is becoming clearer to the Chinese public that preaching on human rights from the West emphasizes their selfish geopolitical interests.

China needs to continue efforts in improving human rights conditions and it needs to deepen political reforms. We should listen to helpful suggestions from the West but we do not want interference in our domestic affairs. [Source]

With the recent passing of longtime political prisoner and former President of South Africa Nelson Mandela, some dissidents from among the ranks of 1.3 billion Chinese citizens saw an easy comparison between the late Nobel laureate and Liu Xiaobo. On December 10, a group of (mostly exiled) Chinese dissidents and former political prisoners gathered in Stockholm, shed their clothes, and ran in support of Liu Xiaobo, his family, and all others caught up in China’s “challenge to the universal values of the human race.” From their “Naked Declaration,” published by China Change:

We have come to Sweden to run in the nude, because it was here where Mo Yan, a defender of censorship and a senior Communist cadre, was awarded the Nobel Prize in Literature last year.

[…] With our act, we want to remind this forgetful world that there is a staunch denouncer of censorship, a witness of the Tian’anmen Massacre in 1989, a winner of the Nobel Peace Prize, who was sentenced to eleven years in prison for his writings and views, and he is now behind bars in China. His name is Liu Xiaobo.

With our act, we want to remind this forgetful world an outstanding artist named Liu Xia. She has no particular interest in politics, but just because she is the wife of Liu Xiaobo, she has been placed under house arrest since her husband was awarded the Nobel Peace Prize in October, 2010.

[…] We have come here to run in the nude, because while such horrible persecution-by-association has been carried out, the Chinese Communist Party has mobilized its propaganda apparatus, now draped in the award from the Swedish Academy, to challenge the universal values of the human race as never before. Since the winter of 2012, well over a hundred Chinese citizens have become the newest prisoners of conscience and been locked up in jails across China, and 122 Tibetans have self-immolated in one last protest against the Chinese suppression. [Source]

After receiving a much criticism from dissidents, 2012 Nobel Prize for Literature winner Mo Yan dampened pubic disapproval by publicly expressing his wish for the release of Liu Xiabo.