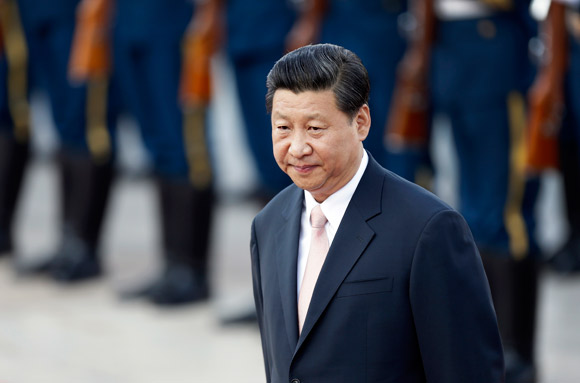 Following U.S. vice president Joe Biden’s expressions of concern about delays to China correspondents’ annual visa renewals this week, the Congressional-Executive Commission on China has scheduled a round table event on China’s treatment of foreign journalists. The panel will include Reuters’ Paul Mooney, who was recently denied a visa, and Bob Dietz of the Committee to Protect Journalists. Mooney has argued for reciprocal visa restrictions on Chinese journalists in the U.S., a position to which the CPJ has been opposed. He restated the case in a ChinaFile Conversation on Saturday, after recounting details of his own and other journalists’ mistreatment in China:

[…] I’m not in favor of limiting the freedom of expression of Chinese journalists in the United States, but if the U.S. State Department also delayed the approvals of visas for Chinese journalists and media executives trying to work in the United States, there’s no doubt in my mind that Beijing would soon get the message, and that Beijing’s unacceptable behavior would stop. China has more than 700 state journalists working in the U.S., which is roughly triple the number of American reporters in China. Right now, there’s limited freedom of expression because for years we’ve allowed Beijing to act with impunity. Delaying visa approvals will limit the freedom of the Chinese media for a short period of time, but it will soon provide a far greater degree of freedom of the media on both sides than currently exists. We stand up for free trade, but take reciprocal action regarding trade issues. Why not do this with the media as well? [Source]

Critics fear that visa reciprocity could legitimize China’s tactics, compromise freedom of speech, risk escalation, or simply be ineffective. Also at ChinaFile, Sinocism’s Bill Bishop suggested responding instead on the economic front—specifically, in negotiations for a U.S.-China Bilateral Investment Treaty:

One of the prerequisites for good investing is accurate information. If China tightens its restrictions on American journalists and/or if the U.S. retaliates by limiting P.R.C. journalists in the U.S., information flow will diminish markedly and businesses and governments on both sides will be unable to make informed investment decisions. Preaching to the Chinese about American values will not help move the Chinese on this issue, but making it about economics might.

The U.S. should link the journalist visa issue to the bilateral investment treaty negotiations by insisting the agreement contains language guaranteeing fair treatment of each others’ correspondents, a reciprocal number of journalist visas etc. [Source]

At China Real Time in July, however, Bob Davis cautioned “don’t count on a BIT changing anything in U.S.-China relations any time soon [….] Pressure on China to make concessions for a deal may not be great.”

Access to China is certainly an economic issue for foreign news and financial information organizations. From Kathy Chu and William Launder at The Wall Street Journal:

“It’s getting to the point where these media companies and their ability to do business in China has been curtailed,” said James McGregor, a former chief executive at Dow Jones in China who is now the Beijing-based greater China chair at consulting firm APCO Worldwide.

[…] The latest pressure from authorities comes as China’s potential growth is increasingly important for Western media. Print newspaper advertising revenues in the West have fallen in recent years, and growth in financial data revenues have slowed sharply.

China, in contrast, offers potential for huge growth, media consultants say, particularly for financial news and data. The crackdown comes just as many media and financial-information companies are ramping up investments and offerings, counting on a flood of interest and business as China opens up capital markets and investment and encourages its own companies to invest overseas. [Source]

According to The New York Times’ public editor Margaret Sullivan, the newspaper has lost some $3 million in revenue since last year, when its site was blocked in China in response to a Pulitzer-winning investigation into the business dealings and wealth of Wen Jiabao’s family. (Sullivan also delves into the Times’ reports of self-censorship at Bloomberg News and the “thorny challenge of covering China” in general.) At The New Yorker, Evan Osnos writes that the Times’ Wen exposé, and Bloomberg’s on Xi Jinping’s family before it, are at the very core of the current crackdown on foreign media:

China is gradually losing interest in soft power. The Party spent much of the past decade seeking to project a more attractive and welcoming image to the world; it placed billboards in Times Square, expanded the reach of its news outlets to broadcast more of its views to Africa and Latin America, and built hospitals, roads, and soccer stadiums in developing countries. Those efforts will continue, but the leadership is signalling that it has concluded being liked is less important than simply surviving. I spent some time with a senior Chinese diplomat recently, and when I asked what motivated the threat of expulsion, the diplomat said that the Times and Bloomberg were seeking nothing short of removing the Communist Party from power, and that they must not be allowed to continue. That argument surprised me: I had expected a bland procedural defense—this was a blunt expression of fear.

[…] In a visit to Beijing on Thursday, Vice-President Joe Biden took up the cause of the foreign correspondents, and in doing so he officially, and rightly, ended the practice of keeping these issues unspoken. We will soon know if the Party is prepared to deliver on its threat. The deeper meaning of these efforts, however, is already clear. The new generation leading China fears that the effort to itemize its financial gains is a story so deep and dangerous that it is worth sacrificing China’s broader goals, at home and abroad, in order to prevent it from being told. [Source]

If China’s leaders really see taming foreign media coverage as a matter of basic survival, then reciprocal visa restrictions and even the Bilateral Investment Treaty may offer little leverage.

Meanwhile, in the ChinaFile conversation, Andrew J. Nathan points out that the pressure on foreign news organizations is only part of the story:

[…] Beyond news media and academia, we hear of censorship and self-censorship in the movie industry and in Internet industries; among foundations and NGOs seeking to work in China; and among businesses, business advisors, and consultants in other fields who feel they need to preserve access in order to succeed in China. I don’t think Beijing has a missionary impulse to export its model of authoritarian rule to other countries. But without really trying, it has begun to extend its system of fear-enforced conformity to the West. I think it is a trend worth resisting, not only in journalism but across the board. [Source]