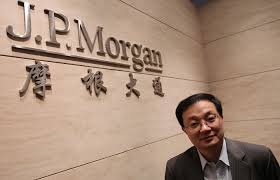 The New York Times has continued their investigation into a program at JP Morgan through which the bank allegedly targeted the children of China’s elite for hiring. Following up on their previous reporting, the Dealbook blog uncovers emails in which bank executives planned the program after noticing that their competitors were already profiting from such relationships:

In the months and years that followed, emails and other confidential documents show, JPMorgan escalated what it called its “Sons and Daughters” hiring program, adding scores of well-connected employees and tracking how those hires translated into business deals with the Chinese government. The previously unreported emails and documents — copies of which were reviewed by The New York Times — offer a view into JPMorgan’s motivations for ramping up the hiring program, suggesting that competitive pressures drove many of the bank’s decisions that are now under federal investigation.

The references to other banks in the emails also paint for the first time a broad picture of questionable hiring practices by other Wall Street banks doing business in China — some of them hiring the same employees with family connections. Since opening a bribery investigation into JPMorgan this spring, the authorities have expanded the inquiry to include hiring at other big banks. Citigroup, Credit Suisse, Deutsche Bank, Goldman Sachs and Morgan Stanley have previously been identified as coming under scrutiny. A sixth bank, UBS, is also facing scrutiny, according to interviews with current and former Wall Street employees. Neither JPMorgan nor any of the other banks have been accused of wrongdoing.

Still, the investigations have put Wall Street on high alert, said the current and former employees, who were not authorized to speak publicly. Some banks, they said, have adopted an unofficial hiring freeze for well-connected job candidates in China.

Read more about JP Morgan in China via CDT.