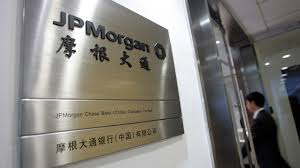 The New York Times’ Dealbook follows up on reports that JP Morgan is being investigated for its program under which children of high-ranking Chinese officials were allegedly hired in order to secure business deals with Chinese state-owned corporations. The Times obtained confidential emails which appear to link the hirings to potential business opportunities:

The documents, which also include spreadsheets that list the bank’s “track record” for converting hires into business deals, offer the most detailed account yet of JPMorgan’s “Sons and Daughters” hiring program, which has been at the center of a federal bribery investigation for months. The spreadsheets and emails — recently submitted by JPMorgan to authorities — illuminate how the bank created the program to prevent questionable hiring practices but ultimately viewed it as a gateway to doing business with state-owned companies in China, which commonly issue stock with the help of Wall Street banks.

The hiring practices seemed to have been an open secret at the bank’s headquarters in Hong Kong, according to the documents, copies of which were reviewed by The New York Times. In the email citing the “existing and potential business opportunities,” a senior JPMorgan executive in Hong Kong emphasized that the father of a job candidate was the chairman of the China Everbright Group, a state-controlled financial conglomerate. The executive also extolled the broader benefits of the hiring program, telling colleagues in another email: “You all know I have always been a big believer of the Sons and Daughters program — it almost has a linear relationship” with winning assignments to advise Chinese companies. Until now, the indications of a connection between the hires and business deals have not been so explicit.

In addition to the documents, interviews with current and former JPMorgan employees suggest that some people inside or affiliated with the bank bristled at the hiring strategy. At least two whistle-blowers have raised concerns, with one filing a complaint in April 2011 with the Hong Kong stock exchange and another coming forward to American authorities this year. Underscoring the worries, a junior banker in Hong Kong resigned from JPMorgan in December 2011, writing in an email that “I do not think my family is in a position to help you to the extent as others did: bring their family business to the firm.” [Source]

Reuters has more on the investigation by the SEC, which was first disclosed in August:

Since then, the SEC and the U.S. Department of Justice and have stepped up an industry-wide probe that has been a cause of alarm for global banks. Morgan Stanley (MS.N), Goldman Sachs Group Inc (GS.N) and Citigroup Inc (C.N) are among the banks that have received requests for information from the SEC.

It had become a common practice for investment banks to hire people with government connections. This is especially prevalent in China because of the role the ruling Communist Party plays in the country’s business.

The law enforcers are examining whether hiring practices violated the Foreign Corrupt Practices Act, a U.S. law that bars bribes or special favors to foreign government officials in exchange for business. At issue is whether the banks hired unqualified applicants as a favor to a government official who was in a position to award them business. [Source]