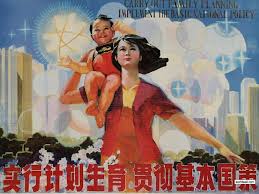 With an easing of China’s one-child policy in the works, many observers are reflecting on the long-term impact the policy has had, both good and bad. Some are questioning why, after 25 years, the government is choosing to change the policy now. The Economist writes:

In the end demography was the reason Chinese leaders had to act. China’s fertility rate of 1.5 to 1.6 children per woman is below the replacement rate (of about 2.1), and the fertility rates in the biggest Chinese cities are among the lowest in the world at well below 1.0. The demographic costs are becoming painfully obvious. China’s labour pool declined in 2012 (by 3.45m) for the first time in almost 50 years. The ratio of taxpayers to pensioners is expected to drop from almost five to one to just over two to one by 2030. China now faces a different population fear than Malthus imagined: a quickly aging society with too few young people to support their parents and grandparents. Chinese demographers, including some who advise the government, believe the policy should have been relaxed long ago—if not, a few dare to say, scrapped altogether. A move this March to combine the family planning bureaucracy with the health ministry gave hope to some that the one-child policy was in its twilight. [Source]

Journalist Mei Fong, who is writing a book about the broad implications of the policy, discusses the issue of China’s aging population in an interview in Dissent Magazine, while also mentioning the impact China’s population policies have had around the world:

[..W]e’re used to thinking of China’s Little Emperors as cosseted kids wearing open-pants trousers—but the first generation is now hitting its thirties and beginning to shoulder the burden of parents who are facing hypertension, cancer, and other indignities of age. Not much has been written about that in a compelling way because, let’s face it, old age is not a sexy topic, but it is very much a part of what China will face. In little over a decade, every fourth person in China is going to be over sixty. That’s crazy. And in craziness lie the seeds of a good story. And that’s just one aspect of the one-child policy. I am looking at other aspects as well, like its effects on dating culture and marriage. For instance, I will take the reader to one of China’s “bachelor villages,” where there are huge numbers of single men with very little chance of finding eligible brides. In cities like Beijing and Shanghai, on the other hand, the one-child policy has fostered China’s first generation of high-achieving career women, who are finding it hard to find mates of similar status. This kind of imbalance makes the dating mores of “Sex and the City” look as sane as Sunday school.

Many Westerners see the one-child policy as more of a domestic issue in China—yet it has had a global effect, big and small. Recently, I talked to a population expert who fumed about how China’s coercive policies cast a long shadow, depressing funding for international population control activities. Subsequently, there’s been a population boom in sub-Saharan Africa. So that’s an interesting question: what if the one-child policy averted millions of births in China, but indirectly caused a population boom in Africa? [Source]

In an effort to deal with the shifting demographics of China’s aging population, the government has floated plans to progressively delay retirement age. From Xinhua:

Hu Xiaoyi, deputy minister of Human Resources and Social Security, told Xinhua in an interview that considering China’s current development stage and some emerging problems, raising the retirement age must go on the government agenda.

According to Hu, the average retiring age for Chinese men and women working in enterprises are only 54. “This is obviously too low,” he said.

[…] In 2012, the size of China’s working population, or those from 15 to 59 years old, dropped for the first time by 3.45 million from a year earlier. The proportion of working people in the total population dropped by 0.6 percentage point, a recent report showed.

The shrinking labor pool is cutting into China’s traditional advantage in labor cost, which is partly credited for its rapid growth over the past three decades. [Source]