Slogan of the Week: Serve the Renminbi 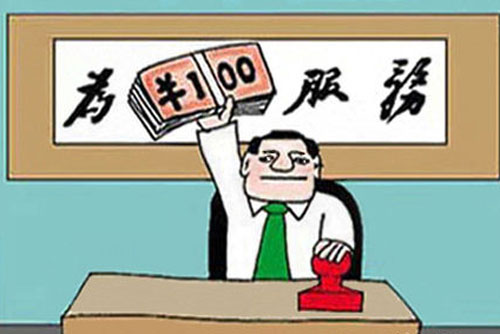 Parody of Mao Zedong’s political slogan, “serve the people,” which appears in Mao’s calligraphy above many government buildings and in front of the entrance to Zhongnanhai, the complex that houses the Central People’s Government and the Communist Party of China.