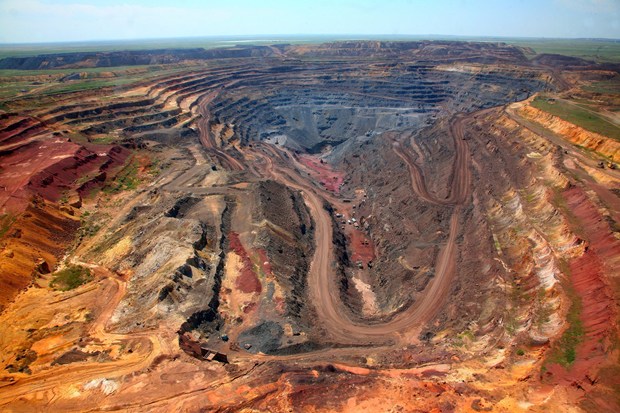 While China is home to around 25% of the world’s proven reserves of rare-earth elements (REE), lowest estimates claim they produce more than 80% of the global supply of the rare earth minerals (a number that has been continually sliding since 2010, when China accounted for 95% of global production and had 40% of proven reserves). A major reason for China’s still massive share of global production is its willingness to partake in the environmental devastation needed to extract REE minerals so essential to modern high-tech manufacturing, and the global community’s willingness to outsource such damaging practices. In 2012, Beijing tightened rare earth exports, and protest by the EU, US and Japan led the WTO to launch a probe into China’s rare earth policies. Beijing defended its policies as being aimed at environmental protection, and over the past few years has sought to consolidate the industry, wrestling control from local governments who have allowed an illegal mining industry to flourish at huge environmental cost. In a recent leap towards consolidation, a state-owned subsidiary of Baotou Steel acquired nine smaller companies. Reuters reports

[…] Since 2010, it has tried to improve industry regulation, imposing tough new production and export quotas, raising environmental standards and cracking down on smuggling, once the source of nearly a third of the rare earths flowing to international markets. It has also sought to consolidate miners under the control of a small number of state-owned producers.

[…] Baotou Rare Earth will help the firms integrate into its management system and comply with tougher environmental and technological standards before the acquisitions are completed, and will also help them secure export and production quotas. [Source]

Illegal mining, pollution and smuggling remain rife in China’s rare earth industry despite a two-year campaign to straighten out the sector, a government official said in remarks published on Thursday.

[…] Su Bo, China’s industry vice-minister, told a meeting of rare earth companies that despite a long campaign to improve the way the sector is regulated, illegal behaviour continues as a result of “local government protectionism” as well as a failure to properly implement laws and regulations.

According to a statement posted on the website of the Ministry of Industry and Information Technology (www.miit.gov.cn), local governments have been ordered to crack down harder on illegal activities, and tightened rules for the sector would be released soon.

[…] The ministry statement said the six firms — which also include state giants Minmetals and Chinalco — would continue to take over smaller rare earth producers and play a leading role in the sector’s ongoing reorganisation. [Source]

In an opinion piece published by the Wall Street Journal, Joseph Sternberg argues that China’s rare earth consolidation won’t help to clean up the contaminated industry, and that China has lost its upper hand in the global industry by meddling with the invisible hand:

There was a time, not so long ago, when the world feared China was going to use its dominance of the global rare-earth-element industry to crush Western economies and militaries in a strategic vise. Those were the days. Recent developments highlight how wrong those alarmist predictions were.

[…] The consolidation drive is a sign of weakness, not strength. The impetus is Beijing’s need to resolve the problems its past interventions in the market have created. […] [Source]