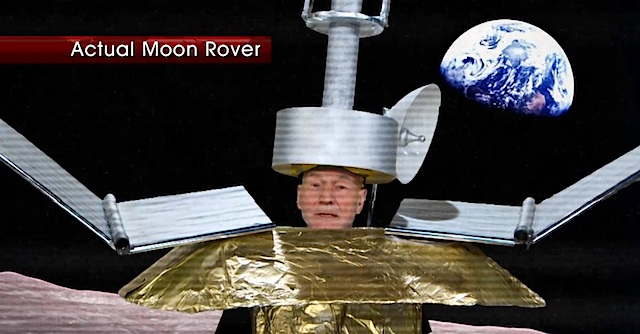 Communication was established with Chang’e-3 [the lander module] but today, the ECNS news agency reported efforts to reactive the rover were unsuccessful. “China’s first lunar rover, Yutu, could not be restored to full function on Monday as expected, and netizens mourned it on Weibo, China’s Twitter-like service. Yutu experienced mechanical problems on Jan 25 and has been unable to function since then.” No other details were given.

The rover’s mechanical problems are likely related to critical components that must be protected during the cold lunar night. When temperatures plunge, the rover’s mast is designed to fold down to protect delicate instruments, which can then be kept warm by a radioactive heat source. Yutu also needs to angle a solar panel towards the point where the sun will rise to maintain power levels. A mechanical fault in these systems could leave the rover fatally exposed to the dark and bitter cold. [Source]

[Updated at 19:19 PST: “Chinese state media now say that the rabbit has phoned home. It remains unclear, though, whether the rover is healthy enough to continue its mission.”]

Abrasive moon dust is one suspect, but Yutu has also been exposed to abrasive mockery. The Daily Show’s Jon Stewart gleefully tore into the rover last week, scoffing at a “final diary entry” published in Chinese state media. “My masters found I have a mechanical control abnormality,” it read. “Some of my body parts will not obey their commands …. I know there is a possibility I will not make it through this night.” The Daily Show dramatized this with a reading by former starship captain Patrick Stewart, dressed in a rover costume. The Economist, on the other hand, saw Yutu’s last message as a slick and playful strategy marking “a huge advance” from the customary “blustering, dissembling and obfuscating.”

Jon Stewart derided Yutu as a shoddy latecomer named after a sex toy. But also at New Scientist this week, Phil McKenna argues that China is not just badly going where the Americans and Russians have gone before, and has made substantial innovations in rocketry, capsule design, and other fields.

This common reaction missed the point. Jade Rabbit’s successful launch, landing and exploration is evidence of China’s meteoric rise in the space stakes, and one that will only accelerate. “It is a classic example of the tortoise and the hare,” says Dean Cheng of the Heritage Foundation, a conservative think tank based in Washington DC. From the sophisticated communications network that guided the rover to its destination, to emerging satellite technology that is the envy of other nations, to its plans for a new international space station, China is a force other space superpowers ignore at their peril. The ripples are reaching out to affect everything from your phone’s settings to the first future footprints on Mars.

To get an idea of China’s burgeoning space programme, look no further than its satellites. Starting in 1970, China launched low-quality transponders and rudimentary spy satellites capable of only the most basic tasks at an entirely unimpressive rate of one per year. By 2012, the country had surpassed the US with 19 launches in a single year. China had also sent its first taikonaut into space, conducted its first space walk and completed its first rendezvous and docking with a small space laboratory. “The manned program they are building is progressing a lot faster than the US did with theirs in the sixties,” says Richard Holdaway, Director of the Rutherford Appleton Laboratory Space division, one of the UK’s closest collaborators on the Chinese space programme. “They are catching up at an astonishing rate.” [Source]

China’s progress, McKenna argues, has only been accelerated by efforts to exclude it from international collaboration in space. There has been mounting speculation that a thaw may come, particularly following the retirement of collaboration’s chief congressional opponent, Frank Wolf. But the Heritage Foundation’s Cheng suggested that China may now have little use for new ties: “Given the US hiatus on manned space flight, it’s not at all clear what we would bring to the table.”