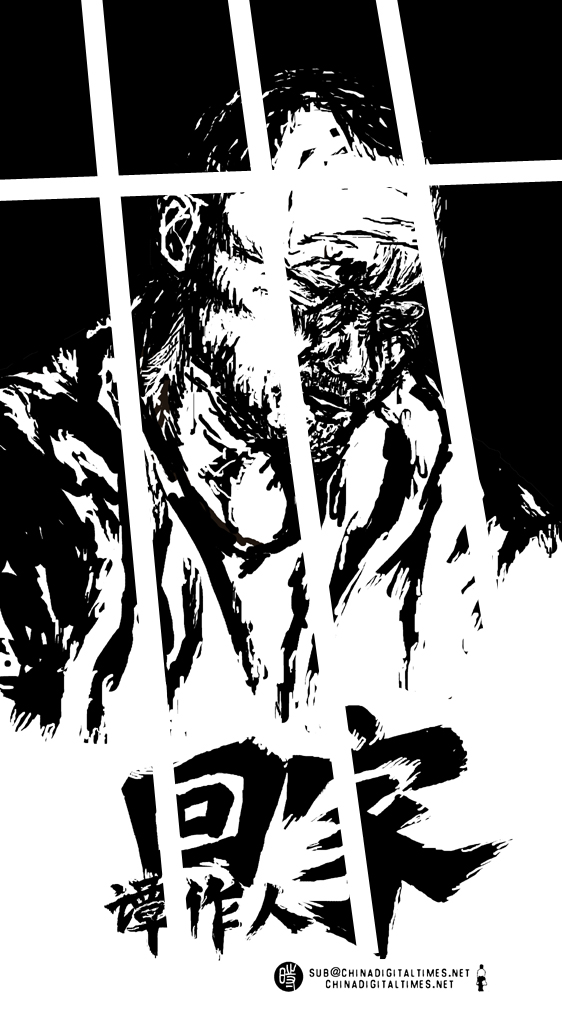 For his latest cartoon, Badiucao honors activist Tan Zuoren, who was just released after serving a five-year prison term for “inciting subversion of state power.” The Guardian reports on Tan’s release:

Writer and campaigner Tan Zuoren was heading home to Chengdu, the capital of the south-western province of Sichuan, his lawyer, Pu Zhiqiang, told AFP by phone. “He was released today. Now he’s on the way home,” Pu said. Tan, 59, was sentenced for “inciting subversion of state power” in connection with several articles he published online about authorities’ brutal crushing of the 1989 Tiananmen Square pro-democracy protests. But he was arrested while investigating the deaths of thousands of children whose schools collapsed in a huge earthquake in Sichuan. [Source]

A Good Man is Going Home, by Badiucao for CDT: Read also a CDT Q&A with Badiucao in which he discusses his artistic and personal influences. All Badiucao cartoons for CDT are available here. Read more about Tan Zuoren, via CDT.