U.K. To Hire Up To 60 Shanghai Math Teachers 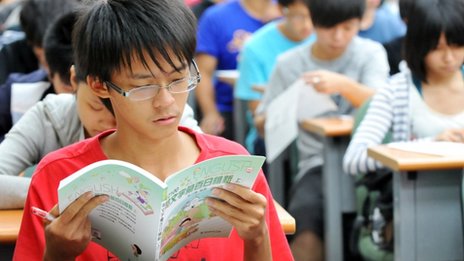 The BBC’s Sean Coughlan reports that Britain’s Department for Education has arranged for up to 60 math teachers from Shanghai to teach in 30 specialized “maths hubs” in an attempt to raise standards:

The proposals to bring 60 English-speaking maths teachers from Shanghai is an attempt to learn from a city that has been the top performer in the OECD’s Pisa tests.

The OECD says that children of poor families in Shanghai are on average better at maths than middle class children in the UK.

The Shanghai teachers, expected to arrive from the autumn, will help share their teaching methods, support pupils who are struggling and help to train other teachers.

[…] Christine Blower, leader of the National Union of Teachers, warned that the results from Shanghai were not representative of the rest of China.

“The suggestion that all of China’s students perform well in mathematics is a myth. The government’s evidence for this comes from the Pisa findings of 2012 data which is based on the results of one particular province of China: Shanghai. This is home to the wealthiest and most highly educated Chinese citizens.” [Source]

Read more about the debate over Shanghai’s 2012 Pisa scores and criticisms of the Chinese teaching system via CDT.