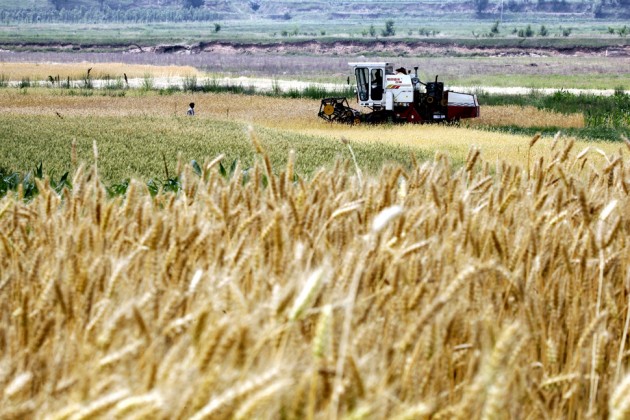 Amid heated GMO politics and grain espionage debates, agricultural minister Han Changfu expressed his support for GMO products by announcing to the press that he is a regular consumer of genetically modified food. From Bloomberg Businessweek:

The use of genetically modified foods, controversial among China’s increasingly safety-conscious consumers, got an official shout-out when the agricultural minister, Han Changfu, met the press today. Describing himself as a regular consumer of GMOs, mainly through soybean oil, he noted that use of genetically modified cotton has boosted China’s yields by controlling pests and lowering the need for pesticides. That’s good news for the industry as well as farmers’ incomes, Han pointed out.

Officially, genetic modification is allowed only for China’s cotton and papaya crops, but most of the country’s soybean imports from the U.S., Brazil, and Argentina are modified. The agricultural technology is “a new concept to many people, so it’s understandable that some are worried about it,” Han said. “It needs time for people to get to know and accept it.” [Source]

Han said most soya bean oil products sold on the mainland were made from imported GM soya beans. He spent over 20 minutes explaining the rigours of the safety assessment and supervision network for GM foods.

[…] According to Han, 17 GM products from five plant species – soya beans, corn, oilseed rape, cotton and tomatoes – are sold on the domestic market. Rules require such products to acknowledge their GM content on their packaging. GM cotton and papaya were the only crops approved for commercial planting on the mainland, he said. [Source]

China is currently planning to develop its own GMO technology in order to meet the country’s growing food demands. China Real Time reports:

The government will pursue its own research and development of genetically modified food, though it remains “cautious” on the distribution of GMO products, Agriculture Minister Han Changfu said at a press conference on Thursday. Given a lack of natural resources, he said, China has to promote scientific development to meet its grain-security needs.

“We can’t have such techniques monopolized by others,” he said.

Meanwhile, scientist Yuan Longping who developed the first hybrid rice has been nominated for the 2014 Noble Peace Prize. From Caijing:

The 84-year-old Chinese man who developed the first hybrid rice varieties back in the 1970s was nominated along with Indian geneticist Mankombu Swaminathan.

Yuan’s rice species yielded 20 percent more than common species and were able to withstand water shortages. They are now used in more than 20 countries and in over 50% of China’s rice fields.

Yuan’s nomination came amid escalation of controversies over transgenetic food among the Chinese public as people worry that those food would be harmful to health.

“Genetically modified (GM) food is the future of agriculture,” said Yuan, adding, however, GM food should be thoroughly tested before being put on the market. [Source]

Click through to read more on GMO food in China, via CDT.