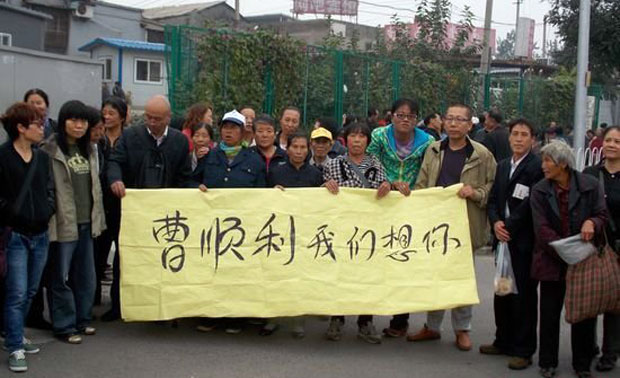 The following censorship instructions, issued to the media by government authorities, have been leaked and distributed online. The government body issuing the instructions has been omitted to protect the source. Concerning so-called rights defender Cao Shunli dying of illness while awaiting trial: the media must not report the story, and interactive [online] platforms must take care to thoroughly delete all related images and commentary. (March 15, 2014)

Cao Shunli, who was detained last September after taking part in a two-month sit-in outside the Foreign Ministry calling on China to take part in a U.N.-mandated national human rights report, was denied medical treatment for tuberculosis and other diseases. She passed away on March 14.