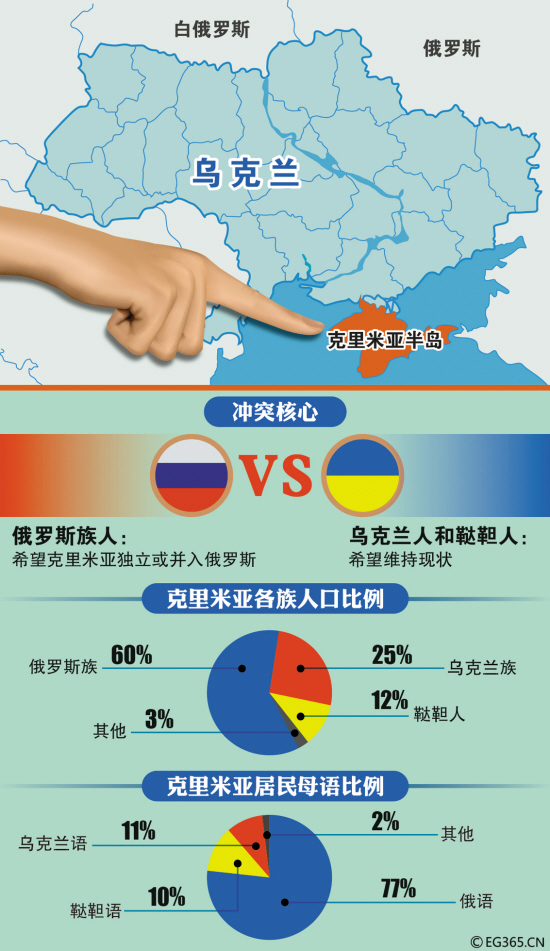 Central Propaganda Department: All media must refrain from hyping or exaggerating the referendum in Crimea. In your coverage, you may not connect the story to our own country’s issues with Taiwan, Tibet, or Xinjiang, and you must not comment without authorization on the Foreign Ministry’s position on and handling of the Crimean issue. (March 17, 2014)

96.77% of voters in the Crimean Peninsula, as well as the Crimean parliament, have opted to secede from Ukraine and join Russia. Russian troops entered Crimea on DATE, after Ukrainian president YANUKOVICH fled the country.

The Crimean referendum puts China in a bind. The BBC reports:

“The China-Russia relationship is in its best period in history”, China’s Foreign Minister Wang Yi proclaimed during China’s annual parliament session this month.

…But the Crimeans’ calls for separation challenges China’s often-stated reluctance to become involved in what it perceives to be other countries’ domestic affairs.

Also, the way China responds to Crimean separatism highlights Beijing’s refusal to recognise similar demands for political autonomy in its own backyard. If China respects Crimean demands to dictate their own political future, why not those in Tibet, Xinjiang or Taiwan? [Source]

Crimea has sparked discussion on Chinese BBS forums about China’s lost territory, including Mongolia. Comparisons of Crimea to Taiwan, Tibet, and Xinjiang are being censored on Weibo [zh].