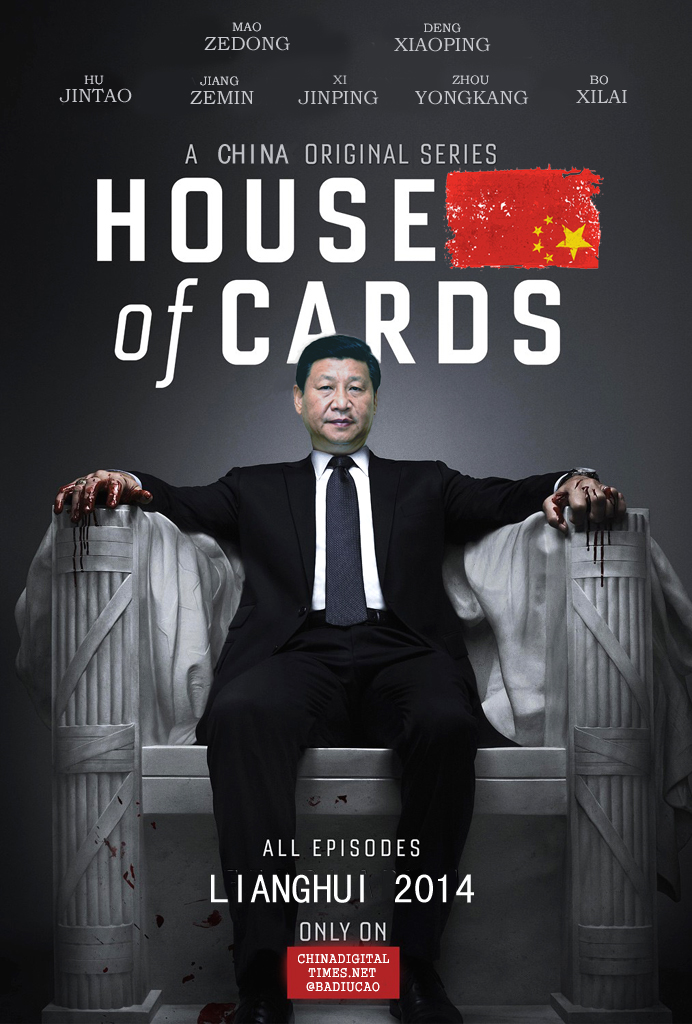 For those who watched the second season of the Netflix series House of Cards, you know China figures prominently in the plot. This week, CDT cartoonist Badiucao renders a spinoff, China’s House of Cards, starring Chinese political titans of the last thirty years.
China’s annual “Two Sessions” opened on Wednesday and government authorities reminded media outlets which news stories are off-limits.

In the wake of the attack at the Kunming Railway Station on March 1st, some Chinese netizens are injecting greater tolerance into online discussions by way of personal anecdotes. Others cite inherent contradictions in labeling the attackers as “Xinjiang’s terrorists.” Read their comments, translated by CDT staff, in this week’s Netizen Voices.

Chinese netizens speculate about the identity of a “certain retired leader,” under investigation for graft at the state-owned China Three Gorges Corporation. For more on the anti-corruption crackdown, see President Xi Jinping’s campaign against “tigers” and “flies” and Premier Li Keqiang’s newly unveiled anti-corruption measures.