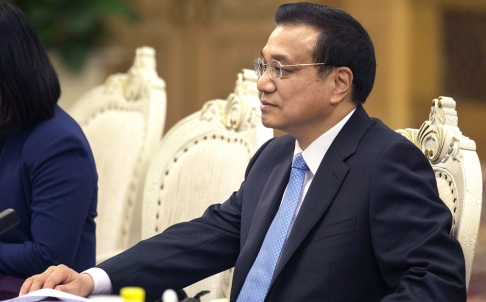 On Monday, Xinhua announced the formal removal from office of Li Dongsheng, the former vice minister for public security who was placed under investigation for disciplinary violations—likely corruption—on Christmas Day. Li is one of a growing number of fallen officials with ties to former security chief Zhou Yongkang, who may become the biggest trophy “tiger” captured in Xi Jinping’s anti-corruption campaign. Reuters’ Natalie Thomas and Sui-Lee Wee note that Li’s formal dismissal coincides with the public announcement of new anti-corruption measures by Premier Li Keqiang

The Chinese government will decentralize authority, be more transparent and adopt a “zero tolerance” attitude to corruption this year as it deepens its fight against graft, reported state media on Sunday, citing Premier Li Keqiang.

The latest measures were laid out in a speech by Li Keqiang on February 11, in a meeting on tackling corruption, but only published by state news agency Xinhua late on Sunday.

Li Keqiang criticized the over-concentration of power by the central government and urged the institution of an open government “as the most effective way to accept supervision”.

“When the government controls too much, directly intervenes in micro-economic activities, it not only influences the ability of the market to play a decisive role in the allocation of resources, it also increases transaction costs and makes it easy for corruption to breed,” he said. [Source]

In an apparent reference to Zhou and his associates, a new edition of the Chinese Academy of Social Sciences’ ‘Blue Book of the Rule of Law’ warned of senior officials creating loyalist cliques by promoting allies. The report also predicted that more corrupt officials are likely to try to flee the country as the anti-graft campaign continues. From Keith Zhai at South China Morning Post:

“The phenomenon of the flight of officials is likely to escalate, particularly under the current anti-graft wave,” said Lu Yanbin, a researcher at the academy’s Institute of Law and the co-author of the yearbook. “Corrupt cadres are running out of places to live in this country.”

The Blue Book also warned against senior officials promoting their aides and creating a “secretary gang” that may breed “organised crime and major violations”.

[…] Experts at the academy also predicted a pilot scheme requiring party officials to disclose their assets would be introduced in more areas this year.

[…] The annual report suggests the scheme should cover relatively recently appointed officials, but veteran government staff should be excluded. [Source]