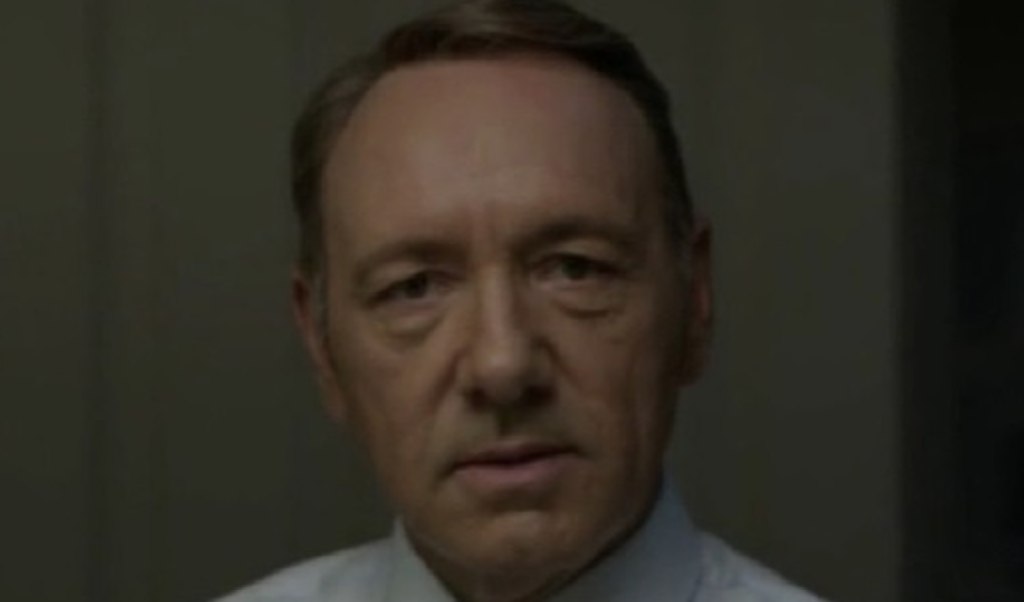 Who in the “House of Cards” writer’s room pitched the China storyline, and why was China chosen over other possible countries or diplomatic issues?

As far as I know, the China storyline was conceived by our executive producer and head writer, Beau Willimon. It was in place before I began working on the show. In terms of why it was selected, I think it’s important to be clear from the start: “House of Cards” has no political agenda, and when we develop our story lines, we don’t try to editorialize. “House of Cards” is an exploration of power at the highest levels. Today, you can’t tell that story without considering China.

Political scientist Xiaobo Lu said the “House of Cards” writers visited Columbia University a year ago to meet with China experts. How did this meeting ultimately inform the writer’s room and what other sources did the writers turn to for research and inspiration?

We spoke to many experts who have dedicated their scholarly and professional endeavors to understanding China. Specifically, in our Columbia session, we spoke about various news stories that were current at the time, and we asked Professor Lu for his in-depth analysis. Our character Xander Feng isn’t based on any one individual. Rather, he was born from a myriad of issues that swirl around the U.S.’s ever-evolving relationship with China. [Source]

Currency Manipulation—Feng says he and several members of the Politburo Standing Committee want the yuan to float and see it as inevitable—yet they still want the U.S. to continue to fight them on it in the WTO. Question: Seriously?

Clarke: This is semi-plausible, although the reason offered—that reformers want the excuse of U.S. pressure to do what they want to do anyway—is not. What is plausible, and what in fact seems to have been true in the case of WTO accession—is that reformers would like to use the excuse of WTO requirements (that is, the requirements of a multilateral organization, not a single government) to do what they want to do anyway. What’s not clear is how Feng, as a member of China’s elite, would benefit from a float, assuming the effect of a float is to push the value of the yuan up. For various reasons, China’s elite generally benefits from a low yuan, which is one reason why it’s been so hard to change the policy.

Jiang: Hang on—I remember conversations by different characters on the subject during some of the middle episodes. It all made sense to me at the time but is now a blur. This is one unfortunate result of binge-watching the entire season over one weekend.

The AFP’s Felicia Sonmez suggested that the show does have educational value: “Suddenly realized Frank Underwood’s monologues could be turned into a great chengyu-learning app.”

At CNN, Jiang noted that despite its unflattering portrayal of China’s elites, the show is officially available at Sohu.com, where it has been receiving up to three million views a day.

“We didn’t know the second season would have so much to do with China — probably because of the increasing importance of China in global affairs,” Charles Zhang, Sohu’s chief executive, told me at a press conference Tuesday. “Many Chinese people — including officials — are watching it now and we have had no problem.”

“So (the American shows on your site) are not subject to censorship?” I asked.

[…] “If you have to see the show as social commentary, I think it’s a strong diatribe against the political system in the U.S. rather than against China,” said Raymond Zhou, a well-known columnist for China Daily, the country’s official English-language newspaper. “The narrative doesn’t fault China but rather just one individual from China.” [Source]

Zhang Guoqing of the Chinese Academy of Social Sciences’ Institute of American Studies welcomed the show’s portrayal of China as something approaching an equal to the U.S.. From China Daily USA:

“Through the series, we find the stereotype of China’s image has changed among US media and public. It surprises me that China is no longer a villain in the series, because many American movies previously tend to depict China as a cold war enemy like former Soviet Union. It is encouraging to see the demonization of China has lessen on US screens.

The show explores Sino-US trade, cyber attack and currency disputes, for example, and they even include an important clue throughout the whole season, which is unprecedented among American television series. There is divergence among US high-level decision makers on China policy in the story. It shows the US has gradually accepted the fact that China and the US are not only competitors, but also cooperators.

“China and the US need a fresher and closer bilateral relationship. Though the series still reveal some ambiguous bias against China, it at last releases a signal that the public has an objective view on China’s development,” Zhang says. [Source]

Still, House of Cards portrays Bo Xilaian corruption and murder as typical among China’s elite: Feng, who boasts of his association with members of the Politburo Standing Committee, says mid-season that “everyone in China who works on this level pays who they need to pay, and they kill who they need to kill.” Tea Leaf Nation’s David Wertime and Han Chen suggested that this indictment of China’s elites is a key part of the show’s public appeal there, and tolerable to Beijing while balanced by a similarly damning view of U.S. politics:

The attraction of House of Cards’ second season — which has already received more than 9 million views in the first weekend compared to over 24 million for the first season, released March 2013 in China — appears two-fold. First and foremost, the show engages Communist Party corruption, elite infighting, and the often-outsized influence of the moneyed class with a directness that few domestic shows dare hazard. The colorful Feng, for example, alludes to scheming with members of the Chinese government to force a more liberal financial policy, not to mention bribing high officials outright. The result is a portrait of Chinese elite skullduggery convincing enough that one user wondered aloud in jest whether the show’s writers had planted an undercover agent in party ranks.

[…] For now, Chinese authorities appear willing to forgive the show’s edgy moments, perhaps in what they view as a fair trade: occasional pot shots at China allowed, so long as the U.S. political system looks every bit as rancid. In fact, the treatment of China as the key U.S. rival may pay a backhanded compliment to Chinese citizens and apparatchiks alike. On Sohu, one user declared that although House of Cards “doesn’t make China look great,” much of what the show depicts is accurate. And, he continued, at least the series “takes China seriously.” [Source]

Given Beijing’s harsh punishment of news outlets that have probed ties between its political and business elites, it may be unlikely that even the most diabolical portrait of U.S. democracy could make their fictional representation palatable. Another popular explanation for the show’s survival is the support of anti-corruption chief Wang Qishan, who is said to be a ardent fan. In the first season, Wang reportedly appreciated antihero Frank Underwood’s vigorous enforcement of Party discipline as the House majority whip. In the second, the fact that Feng ultimately faces punishment likely won his approval: first offered shelter and then denied it by Americans bending in the political wind, Feng is finally returned to an unyielding China to face execution.

While Beijing might hope for House of Cards‘ caricature of American politics to be taken at face value, others have expressed concern at the prospect. From William Wan at The Washington Post:

“For Chinese, America is the big bugaboo in the world, so it makes sense that there’s interest in the intrigue and the power behind Washington,” said Michael Auslin, Asia expert at the American Enterprise Institute. “That said, it’s probably not a great thing if this is the only side they’re seeing. . . . To truly understand U.S. politics, I would prefer they watch C-SPAN, but that’s probably not realistic.”

[…] “As corrupt as D.C. may now be, it’s not nearly as bad as the show depicts it,” said Bill Bishop, editor of an influential newsletter called Sinocism. “But now millions of Chinese may come away thinking that U.S. politics are not that much cleaner than those systems closer to home.”

[…] Other observers argue that Chinese viewers are as sophisticated as any around the world and recognize fiction when they see it.

If anything, said Sohu chief executive Charles Zhang, the show is correcting Chinese misperceptions. Some Chinese mistakenly think the United States is a promised land that can do no wrong, he said. […] [Source]