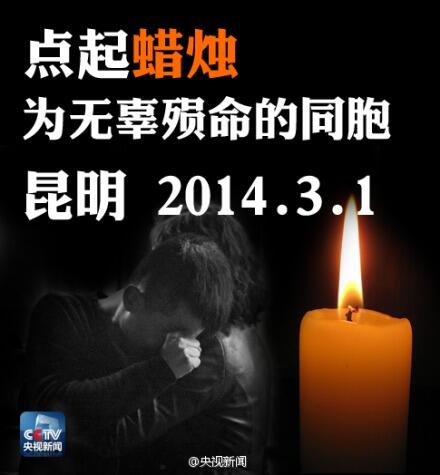 As of March 5, the following search terms were blocked on Sina Weibo (not including the “search for user” function).

Attack in Kunming: After the violent 3/1 attack at Kunming Railway Station left 29 dead and well over 100 injured, state media described the tragedy as a “terrorist attack carried out by Xinjiang separatist forces.” As this horrible attack further sullied long strained relations between China’s majority Han and minority Uyghur ethnicities, sate media was also quick to remind the public of the “irrationality of blaming the entire Uyghur community or the Muslim world.”

In an article castigating Western media coverage of the Kunming incident, People’s Daily reprimanded foreign outlets that referred to previous knife attacks against schoolchildren in China.