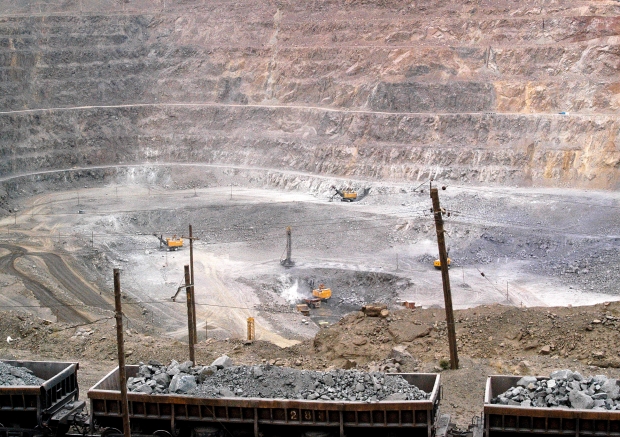 In 2010, China, then home to 40% of the world’s proven rare-earth reserves, accounted for about 95% of global production. Since then, that number has been steadily sliding, and in 2012 China tightened exports of the metals so critical for modern high-tech manufacturing. While Beijing argued export restraints were a necessary environmental protection measure, protest from the US, EU, and Japan led the WTO to launch a probe. Nearly two years later, the WTO has announced that China’s rare-earth policies violate global trade rules. From the Wall Street Journal:

The World Trade Organization on Wednesday confirmed that China had lost a case on rare-earth metals, the latest setback for Beijing in a dispute marked by price spikes and widespread concern among technology firms and defense-related users of the critical materials.

[…] The Geneva-based trade body and the office of the U.S. trade representative, which brought the original case two years ago, confirmed China’s policies were found in violation of global trade rules. The public announcement comes almost five months after Chinese officials said they had lost the case, and four months after the deadline for the WTO to inform the parties involved in the case.

[…] The ruling covers 17 rare-earth materials such as thulium, ytterbium, lutetium that are used in electronic and high-tech products. It also covers tungsten and molybdenum, which have many industrial uses.

[…] China’s share of global production of rare earths is now down to as low as 80%, from 95% in 2010. New supplies for most rare earths are coming online, as uncertainty over China’s reliability and a period of higher prices stimulated investment in new mining projects elsewhere. Greenland and Russia both have opened new tracts to rare-earths exploration in the past year. [Source]

China is expected to appeal. The head of China’s Ministry of Commerce responded to the WTO panel’s ruling, noting that Beijing’s export regulations were in line with WTO sustainability objectives. From Xinhua:

The head pointed out that facing increasing resource and environment pressure, Chinese government has been reinforcing and improving its comprehensive regulation on high-polluting, high-energy-consuming and resource-consuming products in recent years, in an effort to respond to the needs to conserve exhaustible natural resources and protect environment.

The head further stated that China would continue to strengthen its regulation on resource products in a WTO-consistent manner and maintain fair competition, and noted that China was currently assessing the panel report and would follow the WTO dispute settlement procedures to settle this dispute. [Source]

A post from mining.com looks at how concerns over China’s rare-earths monopoly and export regulation sent prices soaring in 2008, and quotes an analyst who thinks the WTO ruling could trigger another price war.

To combat the illegal mining practices that flourish under local government regulation, China has been working to consolidate its rare-earth industry.