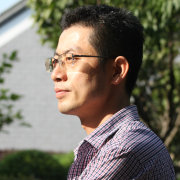 Beijing has long exercised control over information by directly supervising official media outlets, issuing censorship directives, and creating incentives for independent organizations to self-censor. As technology has allowed a huge increase in the cache of publicly available information over the past decade, the government has adapted its measures to leverage the new media landscape. Over the past year, the Xi administration has made moves to reinforce control of traditional and new media by mandating reporters undergo training in the “Marxist view of journalism,” and cracking down heavily on social media. Amid this diverse atmosphere of official propaganda, The Economist looks at the new methods journalists are adopting to report freely:

LIU JIANFENG began his career as an investigative reporter with noble ideals about serving the public interest. After 20 years in the job, even working for some of China’s more outspoken publications, he felt increasingly manipulated. He also believed the public was hungry for fact-based reporting untainted by the state’s agenda. Casting around for a solution, last summer he announced on his microblog that he was becoming an independent journalist.

Five years ago such a move would have been all but impossible. But now, trading on his reputation as an honest reporter, through his microblog on Sina Weibo, China’s Twitter, and on Taobao, an e-commerce site, Mr Liu raised 200,000 yuan ($30,000). That helped him produce his first long investigative report about a land dispute between villagers and their local government in Shandong, an eastern province. The report, which is available on Mr Liu’s blog, has not (yet) caused him problems. “Writing at length and in detail is a way to protect myself from accusations of malpractice,” he says.

[…] Since a crackdown on microblogs last year, many users have gravitated to WeChat, a smartphone-messaging application. It has emerged as a relatively unconstrained platform for free-thinking opinion. But in mid-March there was a sudden shutdown of dozens of prominent accounts. The “WeChat massacre”, as it became known, was a fresh warning to free-thinkers, though it has not yet scared users away.

Like other journalists, Song Zhibiao uses his WeChat feed to create what he calls “self-made media”. He posts news and commentary on controversial subjects, such as the mismanagement of official coverage of the missing Malaysia Airlines flight MH370. Around 13,000 people subscribe to his WeChat feed; some donate up to 500 yuan. Despite some financial success, Mr Song sees two hurdles. Relying on donations from a public used to consuming free media is not sustainable, he thinks. And muckraking in China can be risky. If you are on your way “to seek truth”, he says, you may in the party’s eyes be on the road to commit crimes. […] [Source]

For more on “self-media” and the recent WeChat crackdown, see prior CDT coverage. Last month, the Committee to Protect Journalists reported at length on Liu Jianfeng and the crowdfunding of independent, investigative journalism in China:

“I would like to be an independent writer and social issue observer. With the help of supporters, I will be able to conduct investigations and to reveal the problems during political reforms, and to tell people’s stories during social changes,” Liu said in his July post.

[…] “I didn’t want to work with my hands tied any more,” he said in a phone interview in early February. “I realized I could work individually and independently, without having to affiliate with any publication.”

[…] Liu set up a store on Taobao, an eBay-like platform, where he offered customers “reading access” to his work for 100 yuan (less than $20). Those who pay get exclusive email access to his stories several days before Liu publishes them on his blog, which is fully accessible in China. […] [Source]

Also see a video on Liu Jianfeng and his search for a new model of investigative journalism, produced by Jonah Kessel for the Committee to Protect Journalists last year.