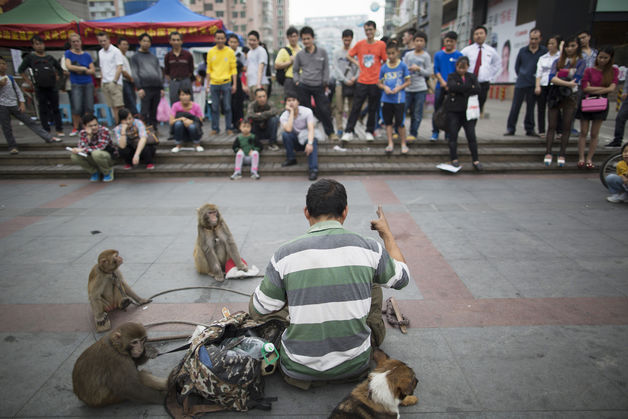 The income gap between rich and poor in China has now surpassed that of the United States. At Bloomberg, Lorraine Woellert and Sharon Chen report:

A common measure of income inequality almost doubled in China between 1980 and 2010 and now points to a “severe” disparity, according to researchers at the University of Michigan. The finding conforms to what many Chinese people already say they believe — in a 2012 survey, they ranked inequality as the nation’s top social challenge, above corruption and unemployment, the report showed.

The growing wealth disparity that accompanied China’s breakneck growth in the decade through 2011 has increased the risk of social instability in the world’s most populous nation and biggest developing economy. Xi is engineering a slowdown in expansion to below 8 percent and leading a campaign against corruption as he grapples with rising unrest, credit risks, and pollution choking the country’s biggest cities.

“If the disparity continues to increase, that is not only bad politically — it will definitely affect social stability, but is also bad for the economy,” said Ding Shuang, senior China economist at Citigroup Inc. in Hong Kong. “People are increasingly aware of their rights,” including migrant workers and farmers, he said.

[…] “Since the 1980s, the rise of income inequality has been far more dramatic in China than in the U.S.,” the researchers wrote. Government policies that favor urban over rural residents and coastal over inland regions have contributed to the gap’s rapid growth in China, the report found. [Source]

Read more about income inequality in China via CDT.