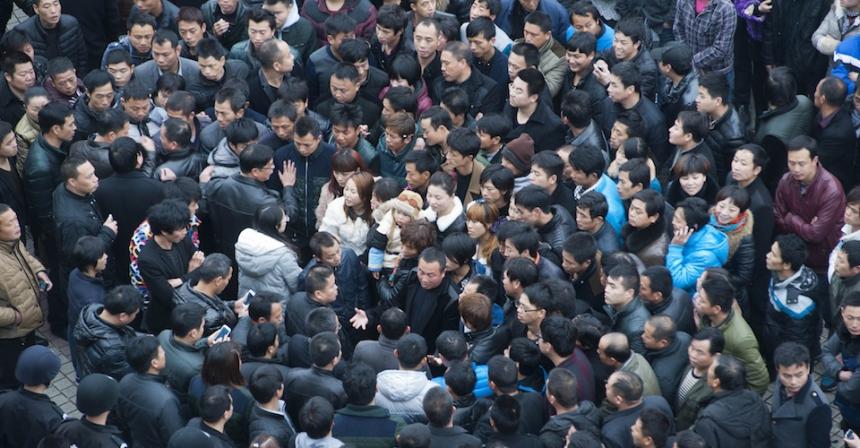 In an exclusive for Foreign Policy, Tea Leaf Nation profiles Lu Yuyu, a onetime migrant worker who has devoted his life to digitally archiving the “mass incidents” that are constantly occurring throughout China:

[…] Each year, according to the Chinese Academy of Social Sciences, a research organization under the powerful State Council, there are more than 100,000 “mass incidents,” the officially accepted name for protests, riots, and other forms of social disorder in China. But because most mass incidents are confined to their respective localities, people outside of these regions scarcely know about them. As a result, according to University of Bridgeport political science professor Stephen Hess, “the outbreak of protest” in China, “while frequent and often highly charged, has emerged as a fragmented and localized phenomenon.”

Lu felt he could help connect these scattered voices to a wider audience. So far he’s been right, but it hasn’t been easy: Navigating China’s pervasively censored Internet has required Lu to be in tune with a rapidly changing online lexicon to stay ahead of the censors. Words like “protest,” “strike,” “riot,” and “demonstration” often don’t last long online. Internet users sometimes respond by writing in code, mixing Chinese characters with Roman letters, using metaphors, and other tricks. Using a list of more than 100 phrases he’s developed, which he refused to share, Lu believes he can capture most of the protests being shared online. Lu archives several dozen to more than two hundred incidents a day. He preserves pictures, descriptions of the events, comments from participants, and links to the source posts. Lu is able to avoid having his Internet cut-off by local police by using wireless Internet cards. As a result, his IP address changes constantly.

[…] Lu said that he tries to verify what he sees. If a photo or a tweet has no corroborating sources, Lu does not post the incident on Weibo or Twitter. Lu said there have been “a few times” when the details of his reports turned out to be inaccurate, particularly details about the number of protesters. But Lu said he is being as careful as possible.

[…] Wang Jiangsong, a labor relations specialist and professor at China Institute of Industrial Relations in Beijing, wrote on Weibo that Lu’s work “documents and promotes the truth about labor and citizen movements, and it’s great public service.” […] [Source]

Click through for Tea Leaf Nation’s full profile. Follow Lu Yuyu’s work via Blogspot, Twitter, and his current Sina Weibo incarnation (all accounts operated in Chinese). To keep up with terms and topics forbidden by state censors, stay tuned to CDT’s “Sensitive Words” and “Directives from the Ministry of Truth” series. For more on the evolving language of resistance used by Chinese netizens to slip past censors, see CDT’s “Grass Mud-Horse Lexicon.”