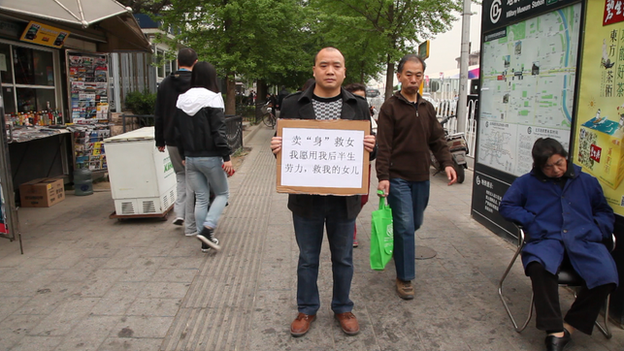 The introduction of braille and other accessibility improvements to China’s gaokao university entrance exams was recently hailed as a “breakthrough” by Human Rights Watch, which published a major report on discrimination against the disabled in Chinese education last year. But despite encouraging progress, ambitious targets, and admirable laws, many obstacles to the schooling of China’s disabled children remain. From Lara Farrar at The Chronicle of Higher Education:

Mike, 13, lives on the outskirts of Beijing. He is gifted: He plays the piano by ear and, most afternoons, practices singing Italian opera. Yet Mike, whose family has requested that his Chinese name not be used, may never be able to go to university, or even high school, because he is almost completely blind.

Now in junior high, he has no special assistance in class and has to navigate the curriculum by himself. It takes him hours to take exams, trying to see the tests with what little vision he has in one eye. Because of his handicap, he receives no grades. With no grades, he is practically shut out from higher education.

[…] “Higher-education discrimination is the tip of the iceberg,” said Maya Wang, a Hong Kong-based researcher with Human Rights Watch. “A lot of students with disabilities face discrimination at the lower levels.” [Source]

At a still more basic level, the cost of caring for a disabled or seriously ill child can be ruinous for poorer parents. The BBC’s Celia Hatton reports that some have been driven deep into debt, to trying to sell themselves into indentured labor, or to abandoning children at controversial government-run baby hatches.

The vast majority of children in Chinese orphanages are seriously ill or they’re suffering from a disability that requires special care that poor migrant workers cannot offer.

“I’ve never seen a healthy child in a government orphanage,” explains Naomi Kerwin, an American expatriate who has worked as a child advocate for years inside China. “But I’ve seen quite a bit of spina bifida, I’ve seen cleft palates with heart problems and lots kids with genital issues.”

[…] Others in China are lobbying the government to introduce national health insurance for children up to the age of 18. Every year since 2009, children’s advocate Melody Zhang has submitted a proposal for a children’s health insurance plan to China’s parliament through a slew of parliamentary representatives.

It’s difficult to know what happens to the proposal behind the scenes, explains Ms Zhang, the founder and executive director of Children’s Hope Foundation, one of China’s largest charitable organisations offering medical help to orphans. However, she’s optimistic a plan like the one she’s proposing is inevitable. [Source]

Watch video from one Beijing foster home at BBC.com, and read James Palmer’s recent exploration of disability in China at Aeon via CDT.