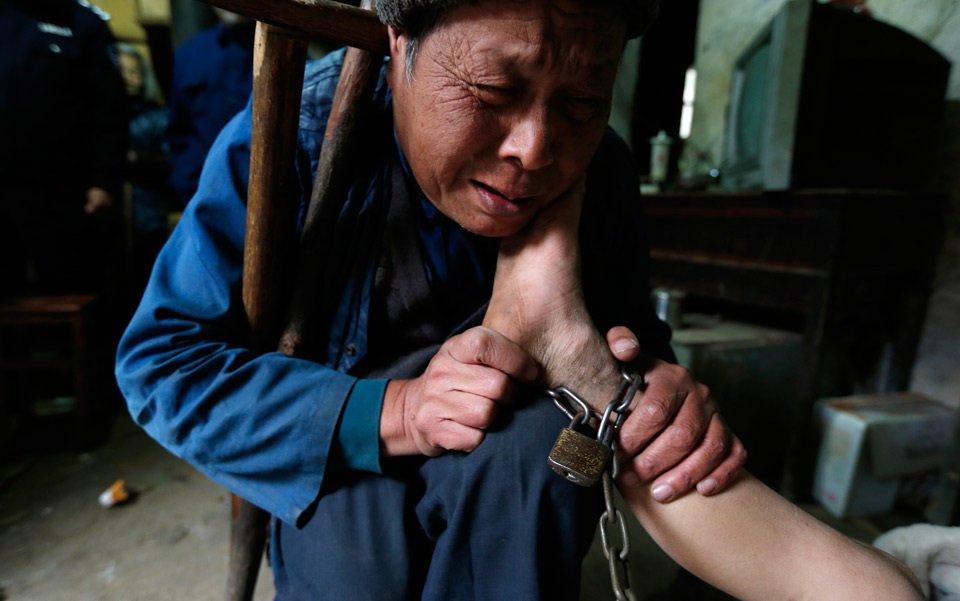 At Aeon, James Palmer examines the lives of disabled Chinese, and attitudes towards them in the country’s Communist, Confucian, Buddhist, and Daoist traditions.

If you judged the country by its laws alone, China would be a global leader on disability rights. The ‘Laws on the Protection of Persons with Disabilities’, introduced in 1990, offer strong and wide-ranging protection of the civil rights of the disabled, guaranteeing employment, education, welfare, and access. But despite the high concerns of the law, Chinese cities make little concession to disabled people. As the sociologist Yu Jianrong has documented, raised pathways for the blind often lead into dead ends, bollards, trees or open pits, or else spiral decoratively but misleadingly. Wheelchair access is non-existent, especially outside Beijing or Shanghai, and guide dogs are effectively forbidden from most public spaces, despite the authorities’ repeated promises of full access.

[…] Ambitious government pledges go unfulfilled across the country. The law says that children with special needs are entitled to proper schooling, but there are no provisions for funding. Local authorities regularly turn away children, telling them to go to ‘special facilities’ elsewhere that don’t exist, or that are far out of their parents’ financial or geographical reach. As a result, according to a 2013 report by Human Rights Watch, 43 per cent of disabled Chinese people are illiterate, compared with 5 per cent of the general population. Only a third receive the services they need, according to Handicap International, and only a fifth get assistive devices, such as walkers, prosthetics, or adapted software. And, since welfare funds are often stolen, delivered late, or impossible to access – thanks to the Byzantine turns of the country’s regulation system, which limits aid to the recipient’s province or even village of birth – only around 15 per cent receive any funding. [Source]

Meanwhile, South China Morning Post’s Laura Zhou reports that nearly 80 children, most of whom are disabled, were abandoned at a Guangzhou shelter over the Chinese New Year:

Most babies abandoned at baby hatches are physically or mentally disabled, according to Ji Gang, an official with the China Centre for Children’s Welfare and Adoption.

Without a unified welfare system and adequate medical scheme to care for seriously disabled children, many poor parents are turning to baby hatches in hopes that the government can care for their children, the report said.

[…] The baby hatches, which were pioneered in Shijiazhuang in Hebei province more than two years ago, have drawn heated debate, especially after July last year when the Ministry of Civil Affairs decided to expand the project nationwide until the end of 2015.

Under the Ministry’s plan, baby hatches provide incubators, blankets, air conditioners for babies. Parents press an alarm button when bringing their child to the hatch and leave before rescuers come to collect the babies, allowing them to remain anonymous and escape possible prosecution. [Source]

See Palmer’s past pieces at Aeon on Traditional Chinese Medicine, mistresses in China, and the country’s generation gaps, via CDT.