What Beijing Means by Reform and Rule of Law 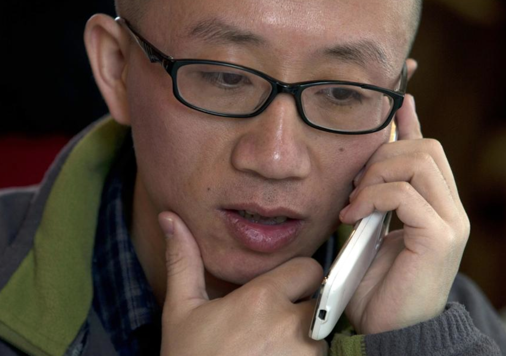 When the South China Morning Post reported this month that a key upcoming Party meeting would focus on rule of law, former Central Party School researcher Wang Guixiu noted that the term means different things to different people: “The public say it is about putting officials in check, while officials say it is about how to govern the public.” At The Wall Street Journal, Anne Stevenson-Yang and Ken DeWoskin examine the implications of the latter point of view for the economy, warning that hopes for “a step-by-step blueprint for economic liberalization” may distract from changes that are already underway:

China analysts have missed the story by peering at the landscape of reform and trying to find step-by-step progress toward economic liberalization. The disjunction between foreign and domestic understanding of what constitutes “reform,” in fact, illuminates a fundamental misunderstanding of foreign commercial involvement. In today’s post Third Plenum China, “reform” means to sideline and squash institutionalized bureaucracy and inject personal power into a sclerotic system. It means cutting through the layers of paperwork that invite bribery.

But what China has never had and never meant by its use of the word “reform” is the codification in law and practice of rules to govern transparently and at scale a growing economy. Rules are seen as stultifying, an impediment to the ability of the core ruling class to impose its will. The color of China’s huge library of new laws, rules, and regulations is gray, leaving broad license for administrators to enforce them. The consequence is a large measure of chaos in the actual regulation of industry and commerce.

In this light, the disappointing lack of regulatory change out of the plenum last November does not signal weakness of the process but, on the contrary, its success. The new rulers need not submit to anything as confining as a set of laws or channel their influence through layers of unruly and self-serving ministry verticals. [Source]

While Stevenson-Yang and DeWoskin focus on economic regulation, the AP’s Didi Tang examines a government directive to use criminal law “to achieve legal, political and social purposes in unison,” as authorities shift towards the use of apolitical criminal charges against political dissenters.

Beijing is increasingly using public disorder charges to lock up those it considers as nuisances or threats to its rule, rather than filing charges of inciting state subversion that amount to political prosecution and drawing international condemnations.

“The scheme is craftier and crueler,” said dissident Hu Jia. He spent 3½ years in prison after a 2008 conviction of inciting state subversion that drew criticism abroad against Beijing and won him accolades.

“The government can still lock you up” for nonpolitical crimes, he said. “But those charges spare Beijing from international pressure, because they attract very little attention.”

“You must deftly combine political wisdom with criminal policies in striving to achieve legal, political and social purposes in unison,” the directive said. [Source]