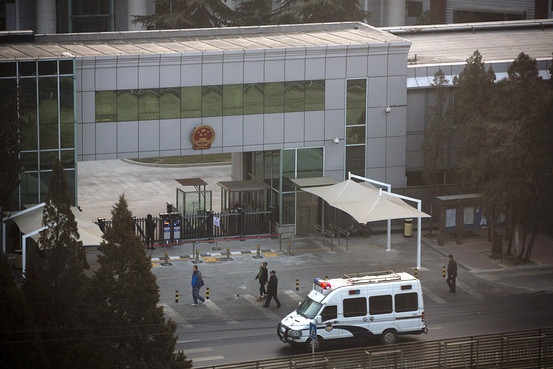 At China Real Time, Josh Chin reports a 40% drop in the use of state security charges like subversion and separatism since 2008, as authorities shift towards less politicized indictments against activists:

The most commonly used charge is disturbing public order. Xu Zhiyong, a prominent rights lawyer and founder of a civic rights group, was sentenced to four years in jail on that charge in January over a series of protests on corruption and access to education. Other members of the group, the New Citizens Movement, were first detained on state subversion charges but later prosecutors changed the charge to match Mr. Xu’s.

A question rights groups and activists themselves are asking is whether this represents progress. Some rights advocates have raised concerns that in using the charge of disturbing public order to go after activists, China is politicizing a non-political crime. Some activists say they see the shift as a victory for increasing rights consciousness in the country.

“It shows that Chinese society has higher expectations for rule of law,” says Hu Jia, a veteran Beijing-based activist who himself was charged with subversion in 2007 and spent four years in prison“[The government] doesn’t dare use subversion anymore.” [Source]

Hu himself recently said that he had been threatened with charges including inciting subversion of state security.

Activists charged with non-state security crimes should benefit from greater protections under 2012 amendments to the Criminal Procedure Law, but reports on Xu’s and his fellow New Citizens’ trials suggest that authorities have been less than scrupulous in adhering to correct procedures.